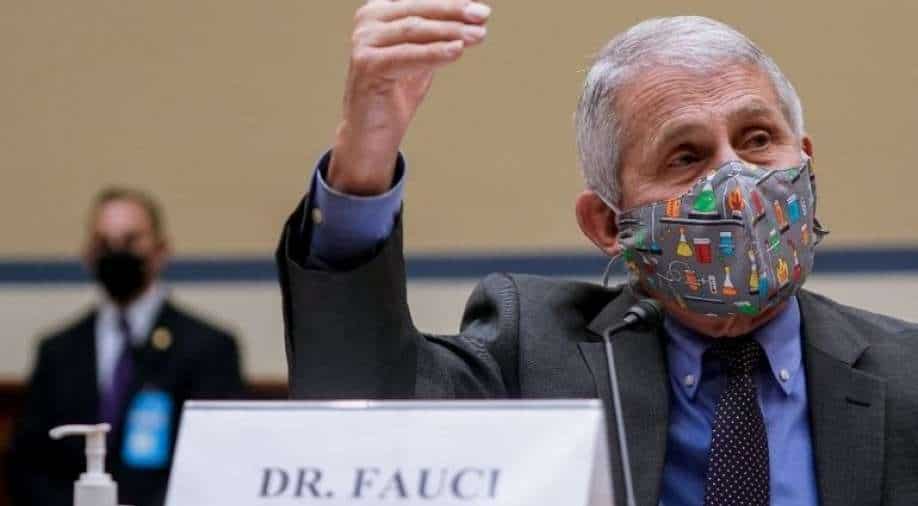 After almost a year of fighting the deadly coronavirus on behalf of the whole country, US’ top disease control official, Anthony Fauci, has opened up about his struggle in the White House with the previous administration, led by Donald Trump.

Fauci’s emails were procured by Washington Post and BuzzFeed website. These official communications of Fauci with the rest of the task force show the chaos, confusion, and struggles that the expert had to face during the first wave of the disease.

Recently, he also opened up about the shortage of time he faced, and the struggle he had to go through to accommodate everyone's questions while dealing with a pandemic.

"I was getting every single kind of question, mostly people who were a little bit confused about the mixed messages that were coming out of the White House and wanted to know what’s the real scoop," he told local newspaper. "I have a reputation that I respond to people when they ask for help, even if it takes a long time. And it’s very time consuming, but I do."

Fauci's frustration can be spotted in the emails where he has mentioned the phrase "crazy people in this world" while talking about leaders who had politicised this pandemic for their personal gain.

While Freeman offered to use his social media accounts to spread information about COVID-19, Zuckerberg talked about creating an information hub on Facebook regarding the symptoms, tests, effects and vaccinations for coronavirus.

Gates and Fauci talked about a "collaborative and hopefully synergistic approach to Covid-19" with the help of Gates' foundation.

While many of the emails were strictly formal, some of these also hinted towards moments of humour and informal embrace of well-being check-up among the known personalities. In one such email, Gates’s foundation director, Emilio Emini, expressed concern over Fauci’s health, considering his exposure and busy schedule. However, Fauci quickly dismissed these fears and assured that he "will try to engage as much as I can given my current circumstances."

Another email also showed a link to an article titled ‘Cuomo Crush and ‘Fauci Fever – Sexualization of These Men Is a Real Thing on the Internet’  which talks about the phenomenon of developing a crush on the leaders and experts appearing on screens.

"It will blow your mind," Fauci laughed about the article. "Our society is really totally nuts."