Why do women chefs keep missing out on Michelin stars? 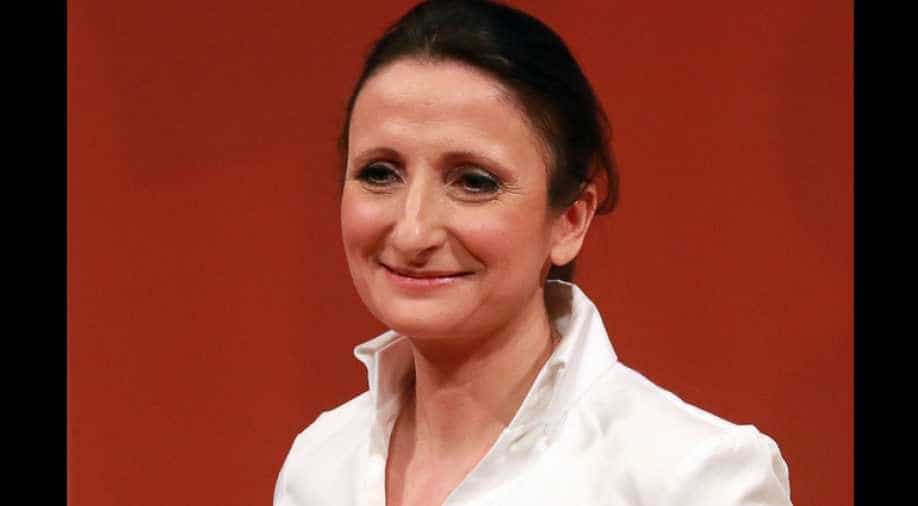 French chef Anne-Sophie Pic is the only woman to hold the maximum number of Michelin stars Photograph:( AFP )

Women may do the lion's share of cooking all over the world, but when it comes to haute cuisine they are still almost invisible.

Only one woman, Anne-Sophie Pic, holds the maximum three Michelin stars in France.

In fact, only 2.7 percent of Michelin-starred restaurants are run by women in the country regarded as the world centre of gastronomy.

And for the second time in three years, no women chefs got new stars individually in the 2018 French Michelin list, which was announced Monday -- although two shared the honours with their partners.

Gender is "not something we take into account. Our inspectors are there to check the quality of the cuisine," insisted Michael Ellis, international director of the guides.

"We don't look at the chef's sex, origin or age," he added, just what appears on the plate.

Yet women remain a tiny minority in the often macho and highly-competitive world of haute cuisine, holding less than five percent of Michelin stars globally.

Only one woman made the list of new stars awarded in France in 2017 and only two figured in the British-based World's 50 Best Restaurants classification. However, Ellis sees signs of hope.

"There are lots of women working in kitchens, although often they are not yet chefs. But in my opinion, it is only a matter of time" before they will be running them, he told AFP.

But one of the two women chefs who got a Michelin star this time insisted that the playing field is far from level.

"In the kitchen a woman has to always show that she is twice as good as a man," said Malaysian-born Kwen Liew, who won her first star with her Japanese partner Ryunosuke Naito for their Pertinence restaurant in Paris.

"It is not easy for women in the kitchen. So I act like a man there," she told AFP.

"It depends on the mentality of the personnel, but (in general) men do not listen to women, they say, 'We don't give a damn what she says."

The number of women in French cookery schools, however, is rising fast, and they now outnumber men on patisserie training courses, said Ellis.

"Les meres lyonnaises" (The mothers of Lyon) dominated fine dining between the wars, and many women chefs held sway in the city until the 1970s.

Maria Canabal, founder of the global Parabere Forum of 5,000 women chefs, blamed the military atmosphere in many kitchens for the glass ceiling which has held back women. She said "ingrained stereotypes" made it more difficult for women even "in cookery schools, where they often say to the girls, 'You will get your diploma but you won't survive out there.'"

The spectre of sexual harassment is never far away, she said. "All male-dominated environments are places where women are potentially at risk," she said.

But even if women push through they face other obstacles, said Anne-Sophie Pic, who is heading a new mentoring drive for chefs who have just got Michelin stars.

"When a chef becomes a mother, if she is not well supported, she is also forced to make a choice" between her child and her career, she said.

"That showed me there was a real necessity to talk more about women," Pic told AFP. "It is terrible to admit, but up to now, I have worked so hard to make people forget that I am a woman, and for men to accept me," she added.

Most women chefs agree that to succeed in the man's world of haute cuisine you need to have very thick skin. "A lot of chef-proprietors think themselves all-powerful. It's total out-and-out machismo," said Brazilian chef

Alessandra Montagne, who worked in several top restaurants before opening her own Paris establishments.

"You should never take anything personally. When someone told me, 'You are good for nothing' I never let myself be beaten, I just put my head down and persevered," she said.