We will 'cut all ties' with Israel, US: Palestinian President Abbas 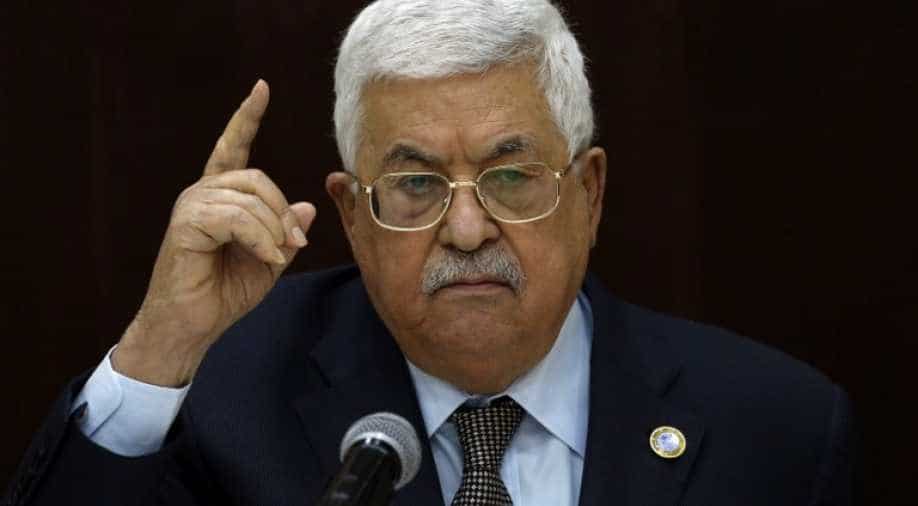 Abbas said the peace plan unveiled by US President Donald Trump on Tuesday was in 'violation of the (autonomy) accords' launched in Oslo in 1993 by Israel and the Palestinians.

Palestinian President Mahmud Abbas on Saturday announced a cut in all ties with Israel and the United States, including security cooperation.

Abbas said the peace plan unveiled by US President Donald Trump on Tuesday was in "violation of the (autonomy) accords" launched in Oslo in 1993 by Israel and the Palestinians.

Israel will have to "bear responsibility as an occupying power" for the Palestinian territories, he told an emergency Arab League meeting in Cairo.

Trump's plan angered Palestinians by proposing Israel retain control over Jerusalem as its "undivided capital" and giving the green light to annex Jewish settlements in the West Bank.

Under the deal, there will be a 4-year freeze on Israeli settlements which means a halt in the expansion of Israel's construction activities in the West Bank.

The deal promises to double the area under the control of the Palestinian authorities. But a major portion of the West Bank settlements will be recognised under Israeli sovereignty.

Trump has vowed to grant statehood to Palestine if it demilitarises and stops funding terror groups. As expected the deal does advocate the 2-state solution.

According to the President, an undivided Jerusalem will be the capital of Israel.

In the same breath, Trump also said he would proudly open a US embassy in a Palestinian capital in eastern Jerusalem. It's still unclear as to how such an arrangement could work.