We can do both: Canadian detainee's wife disappointed after Trudeau rejects 'prisoner swap' 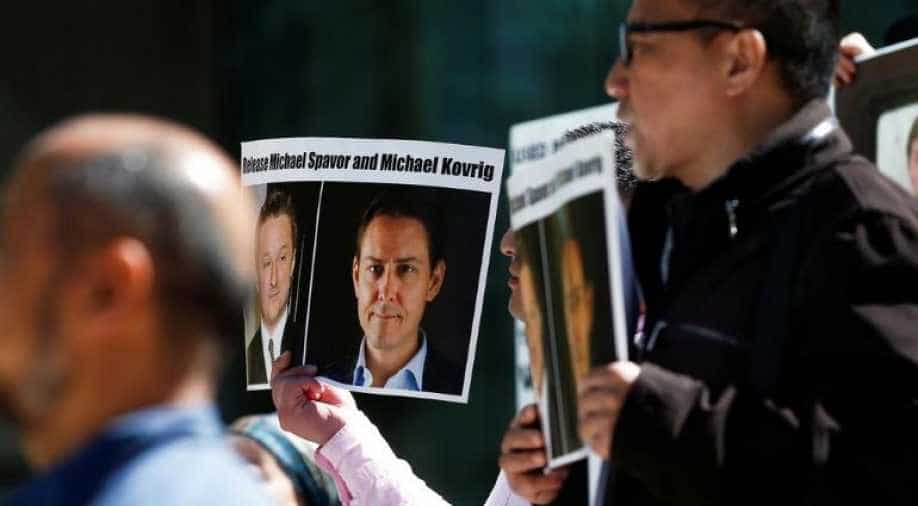 'I am glad that we finally have a conversation on what can be done and options that can be explored to resolve Michael's prolonged and painful detention,' she said.

The wife of one of the two detained Canadians in China has expressed her disappointment over Canadian Prime Minister Justin Trudeau's refusal to consider the 'prisoner swap'.

Few days ago, a group of 19 prominent figures, including former cabinet ministers and diplomats, wrote a letter urging Trudeau to halt the extradition proceedings against Meng, with a hope that two detained citizens will finally be let free by China.

However, Trudeau rejected the request and said, “(This) would endanger the millions of Canadians who live and travel overseas every single year. We cannot allow political pressures or random arrests of Canadian citizens to influence the functioning of our justice system."

Now, in an interview with a local media channel, Michael Kovrig's wife, Vina Nadjibulla, has expressed disappointment over the lack of efforts from the Canadian government.

"We can do both," she said. "It isn't a question of, 'We need to do everything we can to release Michael,’ or, 'We protect Canadians in the future.' Both have to be on the table, and the government has a responsibility to do both," she said.

"There is no cost-free solution. We have to pay a price. The question becomes, who pays the highest price, and at the moment Michael Kovrig and Michael Spavor are paying that price, and I believe Canadians understand that, that is fundamentally unfair and unjust," Nadjibulla added.

While she is disappointed by Trudeau, she expressed relief that finally after so long there is at least an open debate on this matter, instead of the matter staying behind closed doors.

"Even though I'm disappointed that the PM said no to this particular solution," Nadjibulla said, "I'm glad that we finally have a conversation on what can be done and options that can be explored to resolve Michael's prolonged and painful detention."