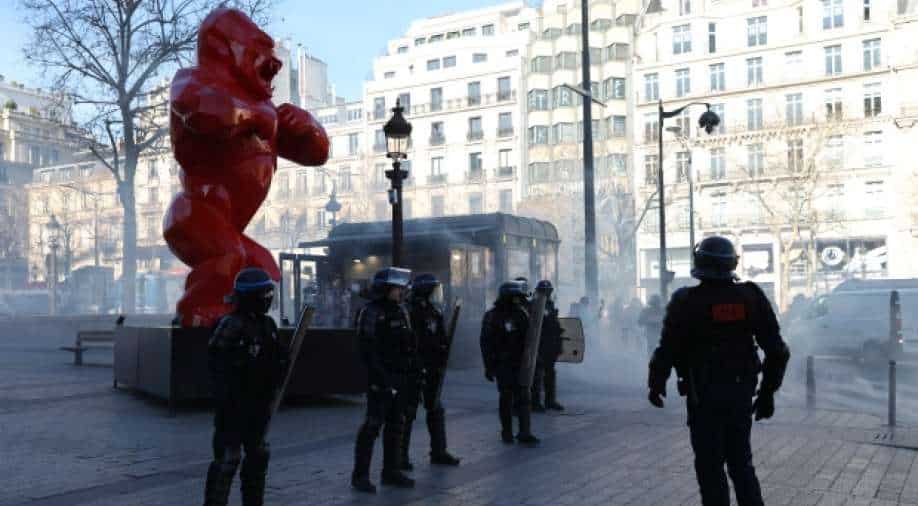 In order to break up a convoy of vehicles, Paris police fired tear gas and issued hundreds of fines. Over 50 people were also arrested. The French authorities have deployed over 7,000 officers in the next three days to stop the demonstrators.

The convoy of vehicles is attempting to block traffic as a protest against coronavirus restrictions and a surge in living costs.

The group of protestors have taken inspiration from the Canadian "Freedom convoy" which has disrupted trade on the US border and occupied streets in Ottawa.

This comes after the French police issued a warning saying that they would prevent 'Freedom convoys' from blockading Paris and banned the protest scheduled for February 11-14. Not just the French police, but also Austria and Belgium have banned such convoys from entering their capitals.

Even after the efforts by police, more than 100 vehicles managed to converge on the Champs-Elysees.

The movement has raised fears of a repeat of the 2018 "yellow vest" anti-government protests that rocked France, only two months before President Emmanuel Macron is expected to seek re-election.