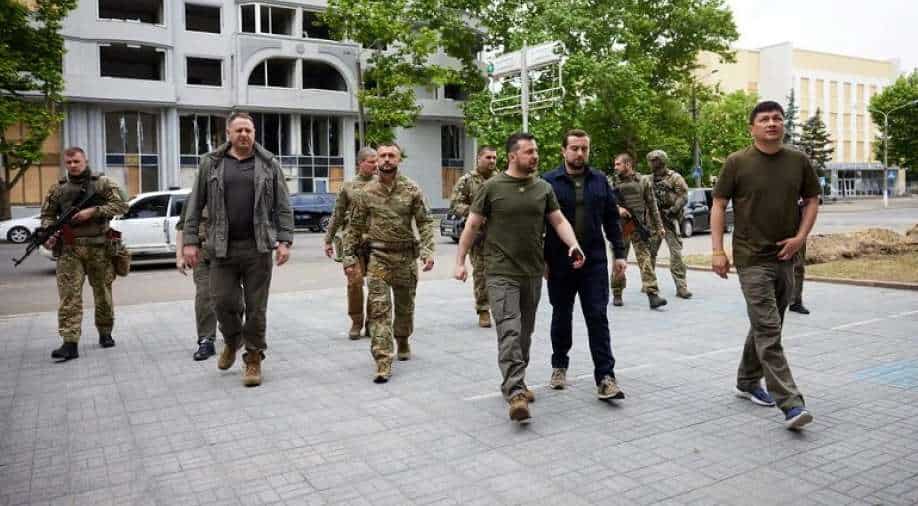 According to a report by Ukinform, Zelensky met Indonesian President Joko Widodo in Kyiv regarding the event and the two world leaders have a conversation about Ukraine’s possible participation.

Ukrainian President Volodymyr Zelensky said on Wednesday that he will be attending the G20 summit to be held in Indonesia later this year, but a lot will depend on the ongoing Russian invasion and also the composition of participants in the event. According to a report by Ukinform, Zelensky met Indonesian President Joko Widodo in Kyiv regarding the event and the two world leaders have a conversation about Ukraine’s possible participation. Widodo arrived in Kyiv earlier on Wednesday and he also visited the city of Irpin which has been ravaged by the constant conflict.

"I am grateful, Mr. President, for your personal invitation for me to take part in the G20 summit. Of course, I accept this invitation. Ukraine's participation will depend on the security situation in Ukraine and the composition of the summit participants," Zelensky said according to Ukinform.

The G20 summit can possibly be the first time that Zelensky will be in the same event as Russian President Vladimir Putin since the Russian invasion of Ukraine started in February. Both leaders have appeared in same events but that has mainly been through video links. Widodo will be travelling next to Moscow in order to meet Putin and invite him personally to the G20 Summit.

Earlier, an aide to Putin said that the Russian President is planning to attend the summit in person.

“They are still inviting in person. There is still a lot of time. I hope that the pandemic will allow this event to be held in person,” Kremlin aide Yury Ushakov said, according to Interfax.