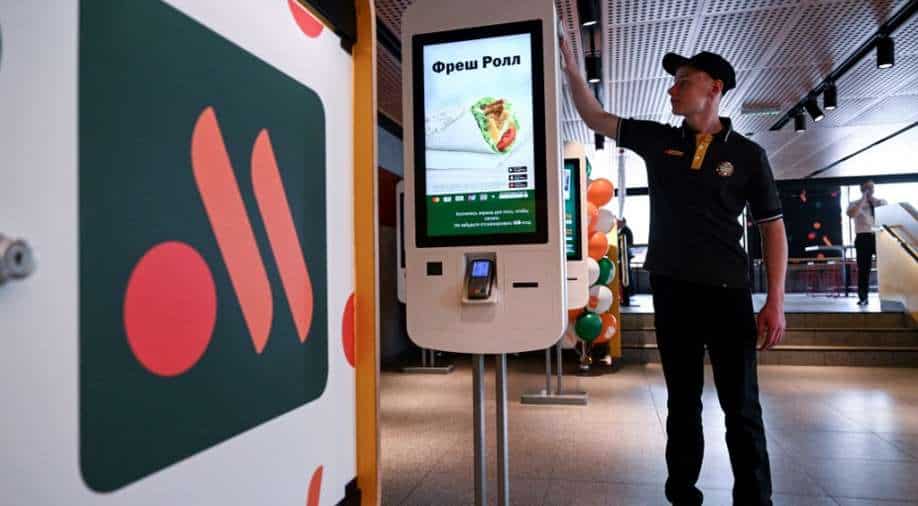 About 15 restaurants were opened under the new brand name in the Russian capital, with many more expected to open across the country

Former restaurants of McDonald’s were thrown open to the public in Moscow on Sunday under a new brand name— Vkusno & tochka, which translates to "Tasty and that's it".

About 15 restaurants were opened under the new brand name in the Russian capital, with many more expected to open across the country. Another 50 restaurants will be open on Monday, Vkusno & tochka said.

This comes after McDonalds on May 16 announced to shut their operations in Russia in response to the invasion of Ukraine that began on February 24.

Oleg Paroev, chief executive of Vkusno & tochka, said the fast-food chain has plans to reopen 200 restaurants in Russia by the end of June and all 850 by the end of the summer, reports Reuters.

"Our goal is that our guests do not notice a difference either in quality or ambience," Paroev told a media conference in what used to be the first McDonald's restaurant that opened in Soviet Moscow in 1990.

Alexander Govor, the new owner of the chain, said the company employs 51,000 people.

"The corporation asked me to, first of all, keep the headcount, to provide people with work. That's what I'm going to do," he added.

The rebranded fast-food chain will keep its old McDonald's interior but will expunge any references to its old name, said Paroev, who was appointed Russia McDonald's CEO in February, weeks before Moscow invaded Ukraine on Feb 24.

The reopening of the outlets, three decades after McDonald's first opened in Moscow in a symbolic thaw between East and West, could provide a test of how successfully Russia's economy can become more self-sufficient and withstand Western sanctions.