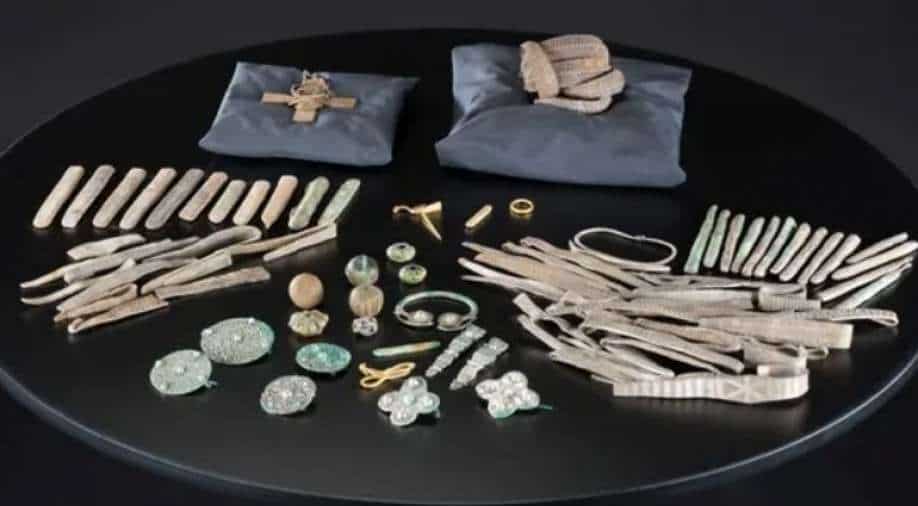 Viking-era secrets await! Researchers in Scotland are set to unlock a 10th century haul which remained undisturbed for thousands of years, until it was found using a metal detector

Viking-era secrets await! Researchers in Scotland are set to unlock a 10th century haul which remained undisturbed for thousands of years, until it was found using a metal detector.

The Guardian reported that researchers have received a £1m grant to look at the “The Galloway Hoard”, which comprises over 100 objects that include silver jewellery and ingots among many items.

The Hoard was discovered in 2014 in a field in Dumfries and Galloway. Since then, it has been kept with the National Museums Scotland (NMS).

NMS is set to carry out a three-year-long process which they’re calling the “unwrapping the Galloway Hoard”. To be done in partnership with the University of Glasgow, it will focus on examining the items before they go on display next year at an exhibition.

The find contains an array of items - ranging from precious metals and jewellery. These include a gold ingot, a bird-shaped pin, along with a lidded silver vessel - the first of its kind to be found in Britain and Ireland. Researchers found beads, amulets, and rock crystals in the vessel.

To their surprise, much of these finds were wrapped in a fragile textile bundle, and belonged to traditions not common in this region.

Also read: An arrow went through this deer's head and it is still alive

When seen culturally, scientists believe it could help them understand the level of connectivity and connections among people in Europe a long time ago - from the age of Vikings.

To ascertain this, researches will attempt to correctly date the items, identify the places of origin - which could range from Ireland to the Byzantine empire.

For this, The Arts and Humanities Research Council has awarded a grant worth £791,293, with the rest of the cost to be taken up by the NMS and the University of Glasgow.