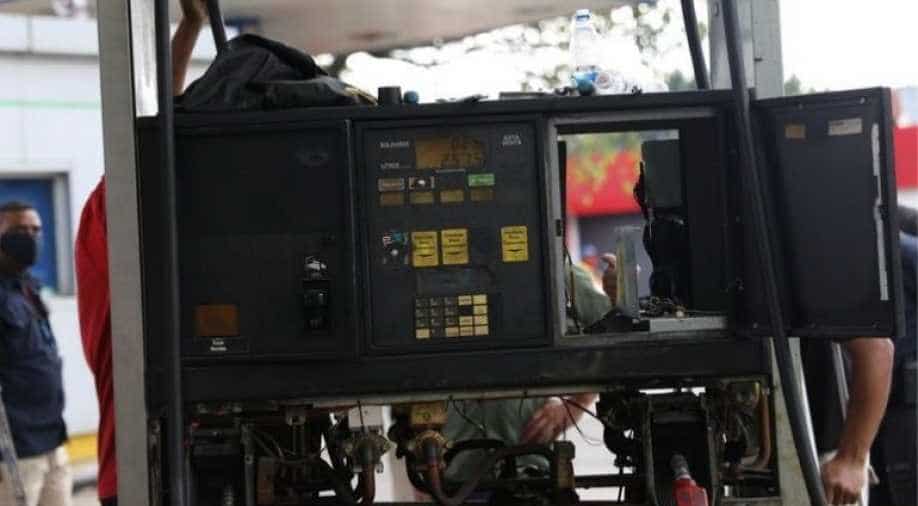 Gasoline sold by state oil company PDVSA - which has a legal monopoly on fuel sales - is essentially free in Venezuela.

Thanks to subsidies under socialist former President Hugo Chavez and his successor and protege, Nicolas Maduro, gasoline sold by state oil company PDVSA - which has a legal monopoly on fuel sales - is essentially free in Venezuela.

Motorists offer pump workers tips of snacks or a few hundred bolivares - under 10 U.S. cents - instead of payment.

But the country’s 1.3 million barrel-per-day refining network has all but collapsed, and U.S. sanctions aimed at ousting Maduro have complicated fuel imports, prompting Venezuelans to either wait hours outside gas stations, or turn to the pricey black market.

Octavio Salom, 53, said he and fellow kidney patients in the eastern city of Puerto Ordaz bought 20 liters of gasoline at $2 per liter for the nurses that provide their dialysis treatment to take a taxi to the clinic.

“They told us that if we could not secure transport, they could not give us dialysis,” Salom said.

In the western city of Maracaibo, black market dealers are offering to deliver 20 liters of gasoline for $50, according to a Reuters witness. In some areas, Venezuelans have reported paying up to $4 per liter.

That was above pump prices in Hong Kong, which surveys show has the world's most expensive gasoline. Unleaded gasoline at Royal Dutch Shell stations in the city sold for $2.15 per liter as of Thursday, the company's website here showed.

“Now we need to do sketchy deals to be able to get what is ours, gasoline,” said Maria Ines Urdaneta, a university professor in Maracaibo who always keeps a full tank in case her asthmatic son has an attack.

“As a single mother, I need to go negotiate with some guy who bleeds my wallet dry of dollars just to get gasoline.”

Venezuela’s spike comes as pump prices elsewhere are plunging due to falling demand amid the coronavirus outbreak. In the United States, prices averaged $0.48 per liter ($1.81 per gallon) in the week ended April 20, according to the Energy Information Administration.

PDVSA did not respond to a request for comment.

Venezuela’s government is seeking to repair refineries, and this week received refining material from Iran.