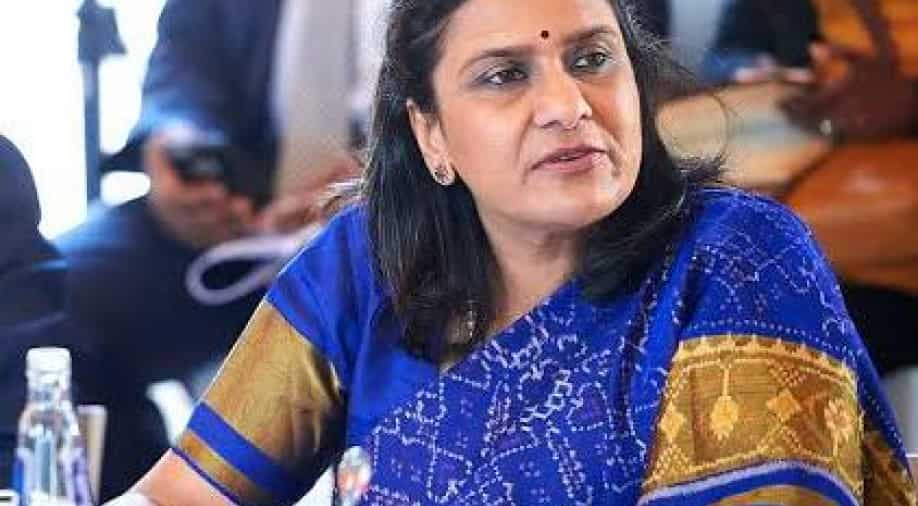 India has briefed European Union on the methodology it is following in combating the spread of COVID-19 including "macro-level response of the government since January 2020". Speaking to WION's Principal diplomatic correspondent Sidhant Sibal, India's envoy to EU Gaitri Issar Kumar said mission swiftly liaised with universities in Belgium to provide Indian students on accommodation, services etc and New Delhi has made sure that continued flow of essential medical supplies from India to the EU.

WION: How is the situation in EU now and role played by the Indian mission in Brussels in taking care of Indian citizens?

Amb Gaitri Issar Kumar: The EU has been affected more directly in a way, as the virus seems to have reached directly and spread very rapidly in Europe – first in Italy followed by Spain, Belgium, Germany and the other EU Member States. Today, the situation in the EU, after a worrisome period, seems to be improving as per reports. The lockdown and containment measures – including the closing of borders -- though challenging for EU citizens and governments alike, have proven to be successful.

The EU leadership quickly took steps to ensure the uninterrupted flow of essential supplies through the EU’s internal borders by creating “green lanes” and that helped to avoid shortages in supermarkets across the EU. Healthcare systems are being revamped across the European Union, people seem to have settled down into the new normal and social distancing rules are being followed with considerable discipline.  Of course, as in the rest of the world, the pandemic has caused a shut down of normal economic activity in the EU.

Fortunately, as we are in close touch with the Indian community leaders, we were able to alert and advise them, render consular services and help many to depart from here well before the lockdown in Belgium (March 18, 2020) – which was before the announcement, by Government of India, of restrictions on travel to India.

Since then, Indian nationals who stayed back, professionals employed here and students  - those who have contacted us seeking information or help have been attended to individually. They have been briefed about the lockdown in India – the necessary quarantine of incoming travellers and advised that till flights to India and within India are restored, the best thing to do would be to prepare for an extended stay wherever they are. In many cases, our Mission has connected stranded visitors and students with local doctors, grocers or suppliers of ready meals. As required, we have, in consultation with local authorities, assisted Indian nationals in securing an extension of their visas. In order to avoid uncertainty and stress to Indian students, our Mission’s officers swiftly liaised with universities in Belgium to provide our students accurate information about measures being taken by them to facilitate accommodation, services etc in the unforeseen situation.

I am happy to say that our officers have received very positive feedback, and they continue to take care to reassure each caller, note the particular circumstances in each case and prioritise requests received for assisted departures.

WION: How are India and EU collaborating in the fight against COVID pandemic?

Amb Gaitri Issar Kumar: We have been consulting closely. We decided to postpone the India-EU Summit which had been scheduled for March 13, 2020; once the lockdown was announced in India, we coordinated to ensure the continued flow of essential medical supplies from India to the EU and the repatriation of European nationals. About 20,000 EU citizens in the different states of India have been assisted in taking special flights back to the EU Member States. Our Government has evacuated Indian nationals from Italy and Hague (stranded en route from US/Canada to India).

Our leaders have been speaking to each other, sharing experiences and discussing joint efforts for reviving the global economy. On March 24, 2020, Hon'ble Prime Minister received a call from H.E. Ursula Von Der Leyen, President of the European Commission – the two leaders discussed the global situation in the context of the COVID-19 pandemic, PM expressed his condolences at the loss of life in the European Union due to COVID-19 and emphasized the need for coordination and cooperation among all nations to fight the pandemic. The PM  spoke about the steps taken by India to contain the spread of the Coronavirus. President Von Der Leyen praised PM’s leadership in taking early measures – which, she said, had been key to containing the spread of the virus in India.

She also expressed her appreciation for the assistance rendered to the European citizens stranded in India in this situation. Von Der Leyen emphasized the importance of maintaining a steady supply of essential items - including medicines - and coordinating research as well as vaccine development; and the two leaders discussed possible cooperation, within the G-20 framework, to address the health crisis and revive global economic growth.

The EU’s High Representative in charge of the EU’s Foreign and Security Policy, Mr Josep Borrell and Hble External Affairs Minister of India have, similarly, spoken and exchanged views on the challenges India and the EU are facing respectively; and India’s  Foreign Secretary and his EU counterpart, Mme Helga Schmid, Secretary-General of the European External Action Services have also spoken telephonically.

India and the EU, in any case, share a deep commitment to multilateralism, sustainable development, preserving a rules-based international order, rules-based international trade with WTO at its core and we have a convergence on most global issues – whether it is climate change or connectivity, EU is supportive of India’s International Solar Alliance (ISA) initiative and the Climate and Disaster Resilience Initiatives (CDRI). Now, all these are most relevant – perhaps a reprioritization of some elements of our co-operation  – such as healthcare and research - would be necessary in response to the emerging world scenario and infusion of a greater sense of urgency in others areas - like climate change, enhancing trade and investment flows in both directions etc.

WION: Have we shared any Indian model?

Amb Gaitri Issar Kumar: As a part of our regular exchanges, our Mission here has been sharing the developments in India, briefing EU partners on the methodology that we have followed in combating SPREAD of COVID 19 in India including the macro-level response of Government since January 2020.

WION: How are Indian diplomats doing, how has diplomacy changed due to COVID?

Amb Gaitri Issar Kumar: So far we have been coping fairly well. Of course, we have been working from home. We have faced no difficulty in reaching our Embassy whenever it has been necessary to go into the office - with due precautions. We have meticulously complied with the local Government’s advisories and ensured that the Indian Mission and community co-operate and contribute to making the Belgian Government’s containment strategy work. One of our main priorities, naturally, has been to co-ordinate closely local authorities in assisting the Indian diaspora with their visa issues and resolving any other problems faced by stranded Indians.

We are engaging – almost as smoothly as before - with our counterparts in the Foreign Ministries of Belgium and Luxembourg and the European Commission/European External Action Services in the context of our normal diplomatic work. However, naturally, it is not business as usual; for example, we have certainly lost valuable time in implementing the India-EU Road Map due to the postponement of the 15th India EU Summit. But we remain positive and look forward to a strengthened India-EU partnership. But we all agree that in diplomacy, face to face meetings and negotiations are almost indispensable. So much of communication relies on a personal touch. Presently we are drawing on a bank of goodwill built-in energetic pre-COVID diplomatic efforts.