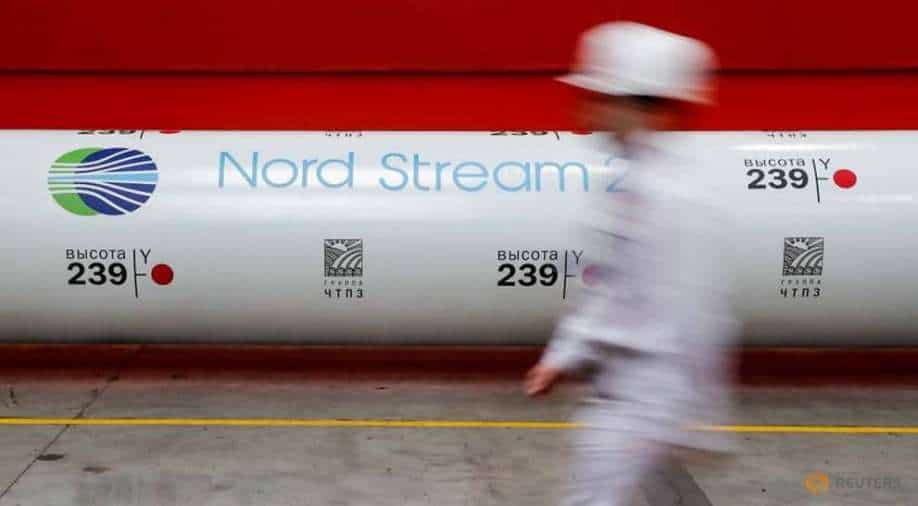 US House of Representatives panel passed an amendment this week to repeal US State Department's ability to waive sanctions on Russia's  Nord steam 2 natural gas pipeline. This may put pressure on Biden administration to block the Russian project.

"These sanctions are mandatory not discretionary," said Representative Marcy Kaptur, a Democrat and a sponsor of the amendment to a foreign aid bill. The House panel passed it unanimously.

The amendment passed by the House of Representatives panel seeks to repeal sanctions waiver in fiscal year 2022. But the pipeline is 95 per cent finished. The bill however, has a long way to go before becoming a law. The amendment needs to pass another House committee, the full House, the Senate. Biden will then sign the bill into the law.

In May, the State Department sent to Congress a report that concluded that Nord Stream 2 AG and its CEO, Matthias Warnig, an ally of Russian President Vladimir Putin, engaged in sanctionable activity. But Secretary of State Antony Blinken immediately waived those sanctions, saying it was in the U.S. national interest.

President Joe Biden, a Democrat, has opposed the $11 billion project that would take Russian gas from the Arctic to Germany, saying it is a bad deal for Europe. But Biden also wants to improve ties with Germany, an ally he needs to help deal with broader issues including climate change, the economic recovery and relations with Iran and China. The United States is an exporter of natural gas to Europe in the form of LNG, but Russian gas is cheaper.

Washington fears Russia could use Nord Stream 2 as leverage to weaken European Union states by increasing their dependency on Moscow. The project, now about 95% complete, would bypass Ukraine, depriving it of lucrative transit fees and potentially undermining its struggle against Russian aggression.