US elections: Over 64 million votes cast, will voter turnout percentage be the highest ever? 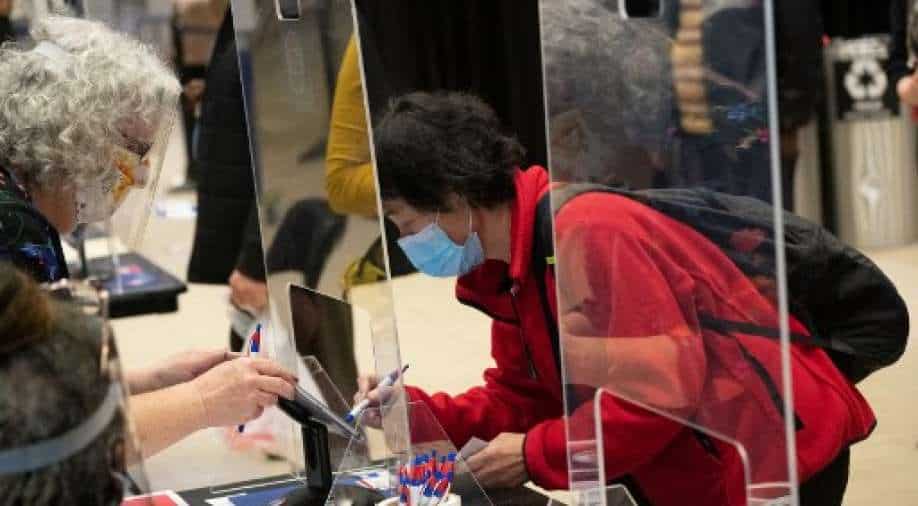 With the US elections just a week away already over 64 million Americans have exercised their democratic right creating a new record in the US polls.

Texas and Florida have been leading the pack with over 7 million voters having cast their votes followed by Florida where over 6 million votes have already been set in the ballot boxes.

According to experts, at the present rate, it could be the highest US voter turnout by percentage in more than a century.

Amid the voting, President Trump addressed rallies in Pennsylvania on Monday as Democratic presidential candidate Joe Biden also turned up in the state to grab last-minute votes.

"We win Pennsylvania, we win the whole ballgame," President Trump said a rally in Martinsburg. "He wants to go with windmills that are made in Germany and China," Trump said at the rally, adding,"Biden's plan is an economic death sentence for Pennsylvania's energy sector."

As the US voters turn up in huge numbers, US President Donald Trump once again turned the heat on mail-in ballots, saying: "Big problems and discrepancies with mail-in ballots all over the USA. Must have final total on November 3rd."