The car was given a penalty ticket when an official noticed the skeleton in the passenger seat (Image courtesy: Arizona Department of Public Safety) Photograph:(Others)
Follow Us

The driver was given a penalty ticket.

A driver in the US dressed up a dummy skeleton as a passenger to drive along a car-sharing lane for high-occupancy vehicles (HOV).

The 62-year-old was pulled over by an official of the Arizona Department of Public Safety when he noticed that the passenger seat was occupied by a skeleton.

It was tied by a yellow rope wearing a sun hat with a water cooler in its lap.

Think you can use the HOV lane with Skeletor riding shotgun? You’re dead wrong! ☠︎ One of our motor troopers cited the 62-year-old male driver for HOV & window tint violations on SR-101 near Apache Blvd this morning. #NiceTry #YoureNotHeMan #AZTroopers pic.twitter.com/wQYY831mNY

The driver was given a penalty ticket.

The HOV lane is restricted for vehicles with multiple passengers.

They reduce congestion on roads by encouraging car sharing.

However, some creative drivers have tried to travel alone on them just to save time and energy.

Around 7,000 drivers in Arizona are caught violating HOV norms every year.

This is not the first incident in which a driver has gone to extreme lengths to avoid driving in a particular lane.

In April last year, a man dressed up a mannequin as a co-passenger to drive in a HOV lane. 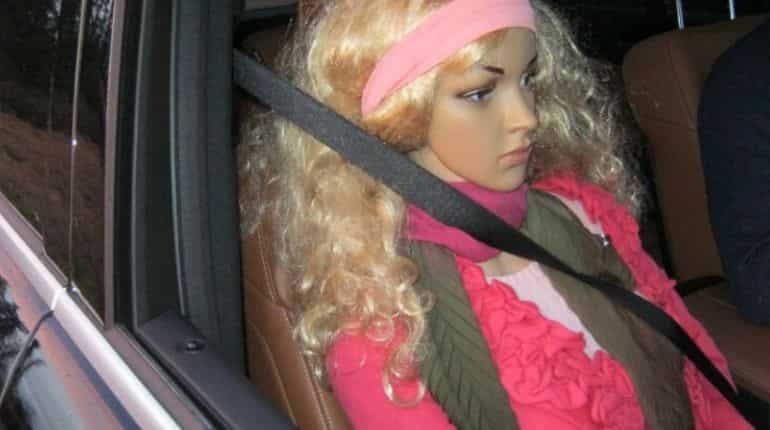