US Congress passes new Tibet law on the next Dalai Lama; infuriates China 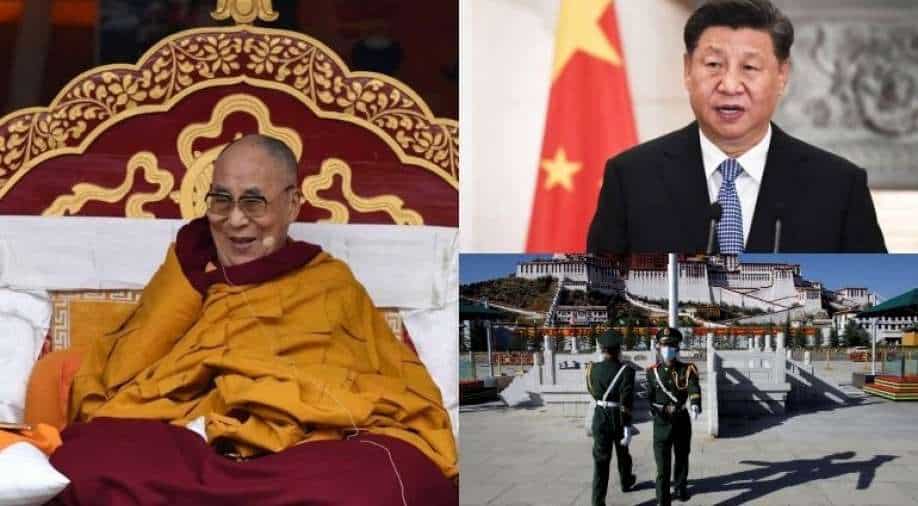 Lobsang Sangay, Prime Minister of the Tibetan government-in-exile, welcomed the Tibetan Policy and Support Act passed by the US Congress, calling it a historic move and a clear message to China

US Congress on Tuesday passed new legislation that reaffirms the rights of Tibetans to choose a successor to their spiritual leader, the Dalai Lama, a move that infuriated China.

Lobsang Sangay, Prime Minister of the Tibetan government-in-exile, welcomed the Tibetan Policy and Support Act passed by the US Congress, calling it a historic move and a clear message to China.

Also read: US appoints Tibet coordinator to send a message to China

China regards the exiled Dalai Lama as a dangerous "splittist", or separatist, and the latest show of support from the US Congress could increase already tense ties between the two countries.

The Chinese foreign ministry accused the US of meddling in its internal affairs and warned the U.S. against signing the legislation into law, foreign ministry spokesman Wang Wenbin told a regular briefing on Tuesday.

"We urge the US side to stop meddling in China's internal affairs and refrain from signing into law these negative clauses and acts, lest it further harms our further cooperation and bilateral relations," Wang said.

Also read: China to impose visa restrictions on US citizens over Tibet

China seized control of Tibet after its troops entered the region in 1950 in what it calls a "peaceful liberation". Tibet has since become one of the most restricted and sensitive areas in the country.

The Dalai Lama fled into exile in India in 1959 after a failed uprising against Chinese rule.

The legislation calls for the establishment of a US consulate in Tibet's main city of Lhasa, the absolute right of Tibetans to choose a successor to the Dalai Lama, and the preservation of Tibet's environment.

The legislation also proposes a "regional framework on water security" and greater participation from the community in dialogue with China on monitoring the region's environment.

"The People's Republic of China has already completed water transfer programmes diverting billions of cubic metres of water yearly and has plans to divert more waters from the Tibetan plateau in China," the bill said.

Environmental groups and Tibetan rights activists have expressed concern about China's hydropower ambitions in the region, saying they could affect downstream water supplies.

China has said its leaders have the right to approve the Dalai Lama's successor, which many see as a coercive attempt to control Tibet, where ethnic Tibetans make up about 90% of the population.

"By passing the TPSA, Congress has sent its message loud and clear that Tibet remains a priority for the United States and that it will continue its steadfast support for His Holiness the Dalai Lama and the CTA," Sangay said.

"This is a victory for the Tibetan freedom struggle."

China accuses the US of destabilising the region by interfering in its internal affairs.

Relations between China and the United States have deteriorated to their worst in decades over a range of issues, including trade, Taiwan, human rights, Hong Kong, the South China Sea and the coronavirus.

The US bill also proposes dialogue between the Chinese government and the Dalai Lama.