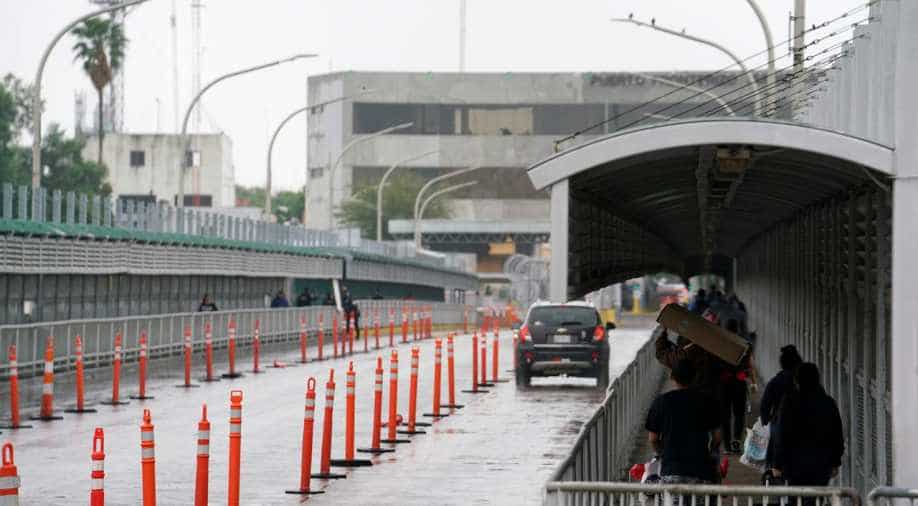 Non-essential travel has been restricted at the border since March, but US citizens and permanent residents can still enter the United States from Mexico. The new measures are aimed at those travelers, the CBP official said.

The United States on Friday closed lanes at select ports of entry at the border with Mexico and will conduct more secondary checks to limit non-essential travel and the spread of coronavirus, a US Customs and Border Protection (CBP) official said.

Non-essential travel has been restricted at the border since March, but US citizens and permanent residents can still enter the United States from Mexico. The new measures are aimed at those travelers, the CBP official said.

US President Donald Trump, who faces re-election Nov. 3, has taken a series of sweeping steps to scale back immigration during the coronavirus pandemic, including emergency border rules that allow US authorities to rapidly deport migrants arrested at the border.

The United States leads the world with more than 174,000 confirmed deaths from the coronavirus, followed by Brazil with 112,000 and Mexico with 59,000, according to a Reuters tally.

"We need people to think twice about non-essential travel and to ask themselves if the travel is worth risking their lives and the lives of others," El Paso CBP spokesman Roger Maier said in a written statement.

CBP said it would take steps to reduce non-essential travel at more than a dozen border crossings in Texas, Arizona and California. The wait times for passenger vehicles at those ports of entry on Friday evening ranged from no wait to several hours.

The Trump administration had been considering a measure to block US citizens and residents from returning home if they were suspected of being infected with the coronavirus, Reuters reported this month. The plan was blasted by some hospitals, U.S. expats and immigrant advocacy groups.

Senior White House officials have decided against the proposal, according to two officials familiar with the deliberations, although it remains unclear if it could be resurrected.