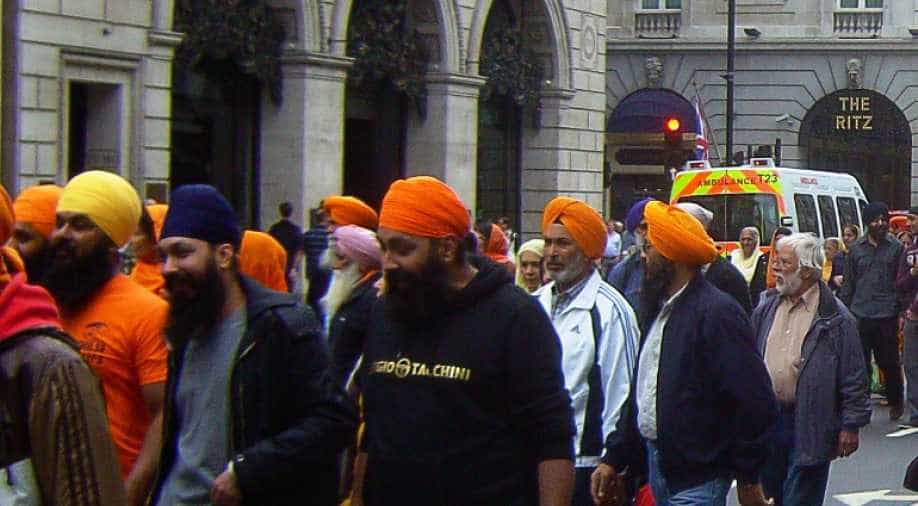 About 70 Sikh pilgrims from England have been rescued by Pakistani security forces. Photograph:( Others )

A British tribunal will rule on a Freedom of Information (FOI) request for classified UK Cabinet Office files that are believed to hold information on Britain's involvement in Operation Blue Star in 1984.

A three-day hearing of the First Tier Tribunal (Information Rights) will open in London on Tuesday to determine if the UK's Information Commissioner was right to uphold a Cabinet Office decision not to allow the files being made public.

The appeal is being handled by KRW Law on behalf of freelance journalist Phil Miller, who has been investigating the exact nature of the then Margaret Thatcher led government's assistance to the Indian Army operation on Golden Temple in Amritsar.

The FOI request should be granted because there is overwhelming public interest in understanding the extent of UK involvement in the tragic events of 1984. Disclosing documents from three decades ago will not harm diplomatic relations, politicians in the UK and India have embraced right to information laws and recognise the importance of public access to national archives, Miller said.

In 2014, UK government documents declassified under the 30-year rule to make such material public had revealed that British military advice was given to Indian forces prior to Operation Blue Star.

The then British Prime Minister, David Cameron, had ordered a review into this discovery, which led to a statement in Parliament declaring that Britain's role had been purely advisory and the Special Air Service (SAS) advice had limited impact.

But Miller, the author of Sacrificing Sikhs: The need for an investigation report released last year, says many documents from the incident remain classified and only full transparency would reveal the exact nature of Britain's involvement.

A public inquiry would allow us to understand how much Margaret Thatcher's decision to send a military adviser to Amritsar in 1984 was motivated by trade and arms deals worth billions of pounds. It would also establish whether the

UK military advice was really a one-off or whether in fact, it continued throughout the period, even after the tragic events of June 1984, he said.

The tribunal next week will hear evidence from senior civil servants from the UK?s Foreign and Commonwealth Office (FCO) and assess evidence in closed session in addition to hearing arguments from all sides to determine whether the documents can be declassified.

The UK Cabinet Office has declined to release the files on the grounds of national security and safeguarding international relations with India.

The UK's Information Commissioner, who has referred the case in August 2015, supported the Cabinet Office position. An appeal over that decision was lodged in September 2016 and was to be heard in April last year but was delayed and will now begin on March 6.

The Opposition Labour party has backed some British Sikh groups in their call for an independent public inquiry into Britain's links with the then Indira Gandhi led government in the lead up to the Indian para-military operation on the Sikh holy shrine in June 1984.

Last year, Labour leader Jeremy Corbyn wrote to Prime Minister Theresa May, calling for an independent inquiry and his party has since included the issue as an election pledge in its manifesto for the June 2017 General Election.

There has been a massive cover-up and Parliament and the public have been disturbingly misled. An independent public inquiry to get to the truth is the only way forward,? said Bhai Amrik Singh, chair of the Sikh Federation (UK), which has been campaigning for an inquiry.

It is supported by the All Party Parliamentary Group (APPG) on British Sikhs, chaired by Labour MP Preet Kaur Gill.