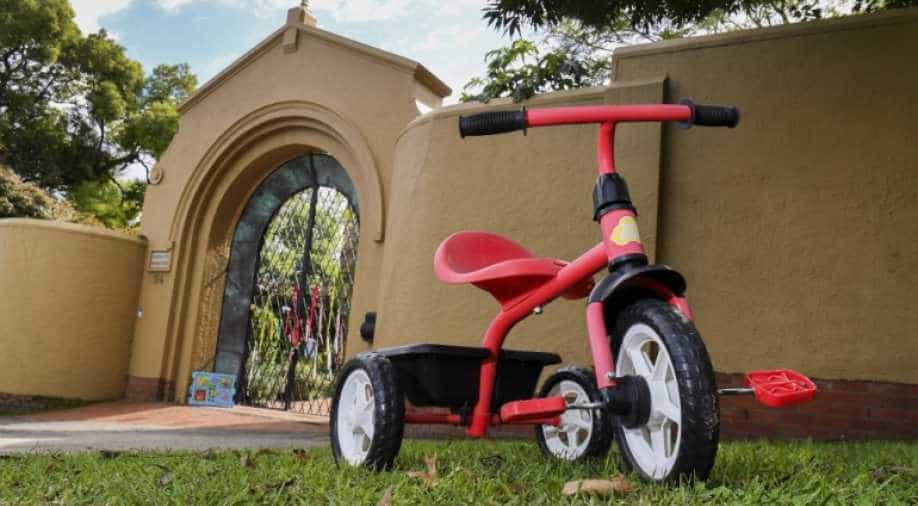 A tricycle sits abandoned on some grass after a groundsman unchained it from a gate where it was tied in protest at the Carmelite Monastery in Melbourne on April 8, 2020, where Cardinal George Pell is staying after he was released the day before from pris Photograph:( AFP )

Owing to the changes triggered by the coronavirus pandemic, not only in our lifestyle but in the restricted movement that has accompanied this change, cases of sexual abuse against may have risen in the United Kingdom.

Children are currently out of school, forced to stay at home, and for many in care homes. As a result, most of their time is spent online. However, they may be poached by predators on social media and even gaming platforms, which may have led to a spike in the unreported instances of abuse.

After the beginning of the COVID-19 pandemic, the country has not updated its data on sexual abuse against children. As per 2020 numbers of the UK’s National Crime Agency (NCA), over 300,000 people in the country are susceptible to committing child abuse, taking into account both the physical and digital world.

This is way more than 140,000 reported in the last year same time. The Guardian also received figures from the NCA which claimed that during 13 weeks of lockdown in the country, over 350 cases of online abuse against children. This marks a 10 per cent increase in the number of cases compared to last year.

Additionally, data from the Internet Watch Foundation claims that during the lockdown in the UK, three prominent internet companies reported 8.8 millions pings of imagery related to sexual abuse of children in the UK alone! The IWF is a charity that tracks and removes online child abuse.

England and Wales have 2,360 children homes, where the vulnerability is more. Many homes have reported how kids were coaxed into leaving the premises by predators online and then abducted. Most of them were reached out by social media.

Perhaps nowhere are vulnerable children more likely to be found in greater numbers than in England and Wales’s 2,360 children homes.

Sajid Javid, a British politician has launched an inquiry into child sex abuse and exploitation with the UK’s Centre for Social Justice (CSJ). The findings are set to be published later in the year.

Many analysts also argue that increased online presence due to lockdown restrictions has caused a surge of silent cases that are not reported.