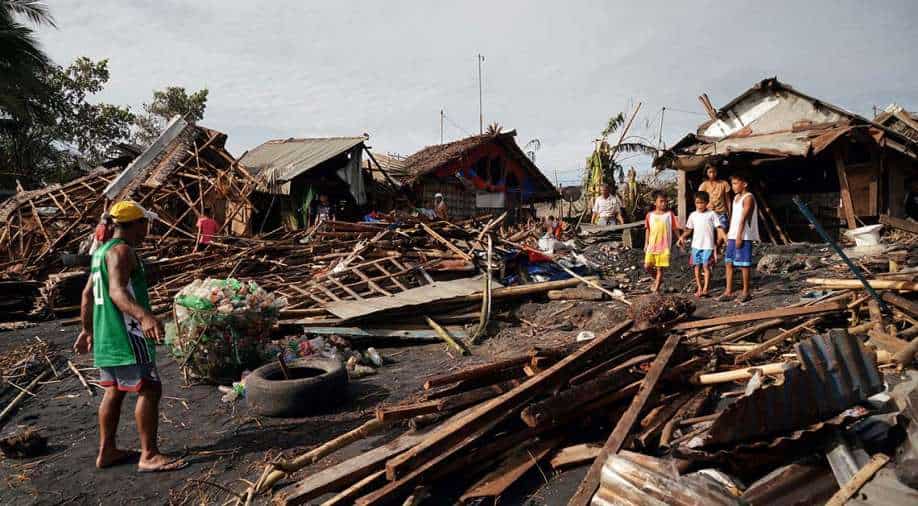 UN starts a campaign to raise aid for the victims of Philippines' typhoon Rai Photograph:( Twitter )

As per the organisation, the money will be given to the 530,000 people in the worst-affected areas, who are in desperate need of day to day facilities

To raise aid for victims of Typhoon Rai, which ravaged the Philippines, the United Nations has started a campaign. As per the organisation, the money will be given to the 530,000 people in the worst-affected areas, who are in desperate need of day to day facilities.

UN Resident Coordinator in the Philippines Gustavo Gonzalez, while speaking at a virtual press conference said, "There is momentum for full support. Now the challenge is that all of this announcement and solidarity is rapidly translated into concrete actions."

A "complete carnage" situation was reported by the Red Cross society as hospitals and schools were "ripped to shreds."

The Philippines' 15th typhoon of the year, made landfall on Siargao Island, which happens to be a famous tourist and surfing destination on the country's central east coast. It had gusts of up to 260 kilometres per hour (160 miles per hour) at first, making it a Category 5 storm.

Scientists for a long time have warned that typhoons are becoming more powerful as a consequence of climate change. The Philippines is ranked among the most vulnerable nations to the impacts of climate change. It is hit by an average of 20 storms every year.

Speaking about the Typhoon, Gonzalez earlier said, "Rai intensified from a tropical storm to a super typhoon within hours and I think that this is a lesson learned in terms of the impact of climate change."