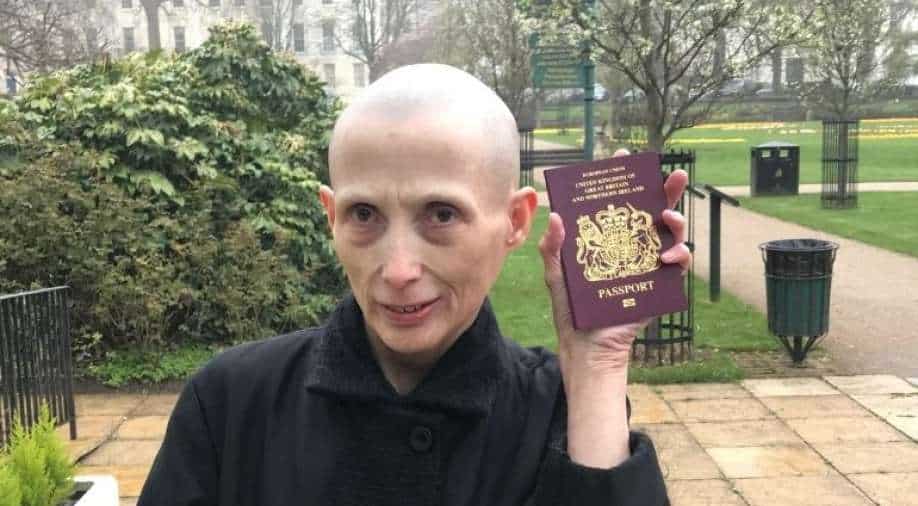 Christie Elan-Cane, a British campaigner for "genderless" passports, poses for a photo, holding a passport in Cheltenham, Britain Photograph:( Twitter )

Elan-Cane, who identifies as 'non-gendered,' has accused Britain's passport application process of being 'inherently discriminatory'

The Supreme of the United Kingdom has rejected British campaigner Christie Elan-Cane's appeal of granting approval to ''genderless'' passports.

Elan-Cane, who identifies as "non-gendered," has accused Britain's passport application process of being "inherently discriminatory".

The activist said Britain's current policy, to only offer male or female categories, represented a breach of European Convention of Human Rights articles governing respect for private life and discrimination on the basis of gender or sex.

A panel of judges unanimously dismissed the appeal, saying the gender of passport applicants is “a biographical detail which can be used to confirm their identity by checking it against the birth, adoption or gender recognition certificates provided and other official records.”

"It is, therefore, gender recognised for legal purposes and recorded in those documents which is relevant," said judge Robert Reed in the ruling.

Also read | The Pronoun punch: Why hostility against gender-neutral identity?

"Legitimate identity is a fundamental human right ... it is unacceptable that someone who defines as neither male nor female is forced to declare an inappropriate gender in order to obtain a passport," Elan-Cane said in a statement after the ruling.

"This is not the end," the campaigner wrote on Twitter, promising to take the case to the European Court of Human Rights in Strasbourg.

It's hard to reconcile the UK's claim that it is a "leader" on LGBTIQ rights with its unwillingness to issue someone a simple passport with an X marker. @ChristieElanCan, thank you for continuing the fight. https://t.co/eHBqvCRhfW

The court case has come as more people define themselves as non-gendered, or non-binary, including British singer Sam Smith, who asked in September last year to be referred to by the pronouns "they" and "them".

After shedding a female identity, Elan-Cane first started campaigning for genderless people in 1992, arguing that passports should have an "X" option for those who do not identify as either male or female.