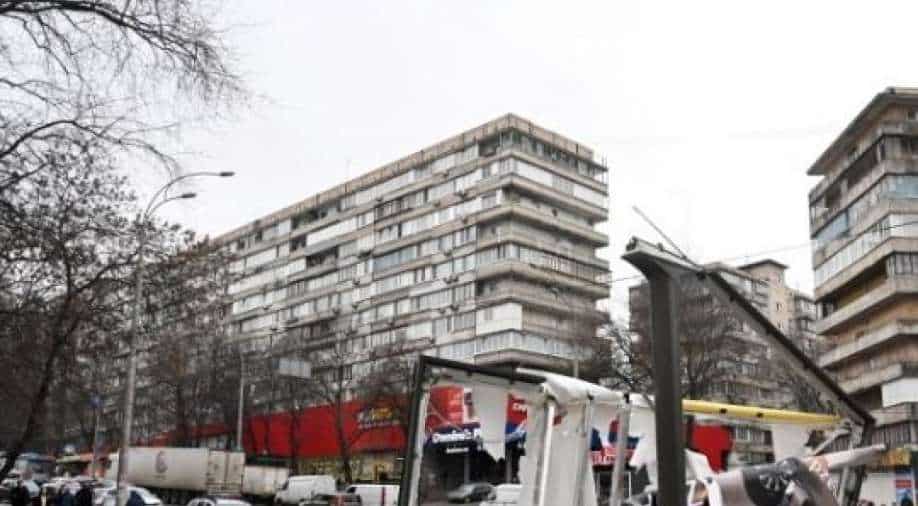 A shell hit a street in Kyiv, Ukraine Photograph:( AFP )

Amid strikes by Russian forces, Ukraine's defence ministry claimed it had shot down five Russian planes including a helicopter in the eastern region.

Ukrainian authorities said one person was killed and one injured in the Kyiv region as explosions could be heard in the capital as President Putin on Thursday ordered military action against Ukraine.

Russia's defence ministry said it had attacked military bases in Ukraine adding, "military infrastructure at Ukrainian army airbases has been rendered out of action."

Amid strikes by Russian forces, Ukraine's defence ministry claimed it had shot down five Russian planes including a helicopter in the eastern region.

"According to the Joint Forces Command, today, February 24, in the area of the Joint Forces operation, five planes and a helicopter of the aggressors were shot down," the Ukraine military said.

Reports claimed Ukraine had come under attack from Belarus as President Alexander Lukashenko called a meeting with his army chiefs.

Reports said Belarusian troops had joined Russian forces to attack Ukraine. As air raid sires rang out in Kyiv as reports said all Russian diplomats were evacuated from Kyiv.

Newswire Reuters reported that armoured tanks were heading towards Mariupol. Earlier explosions were heard in Mariupol after Putin had ordered military action against Ukraine.