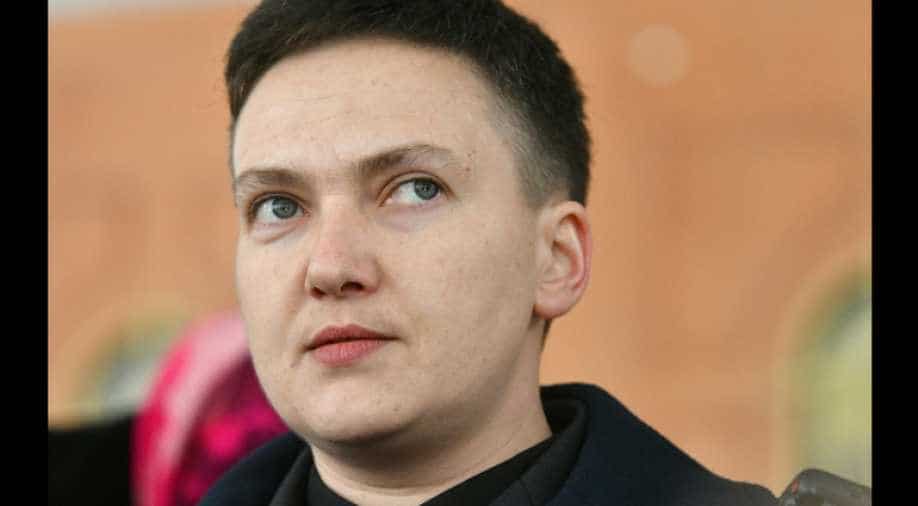 A Ukrainian MP who was once hailed as a symbol of resistance against Russia but now stands accused of plotting a terrorist attack in Kiev was stripped of her immunity by parliament on Thursday.

He claimed she had made a deal with leaders of Russian-backed separatist republics in the country's east to "obtain the weapons necessary for such an attack, in particular mortars of 120 mm caliber, small arms, sniper rifles, combat grenades".

Lutsenko said the planned attack would have brought a "sea of blood, chaos" to central Kiev.

He also showed lawmakers a 30-minute video of a woman who looked like Savchenko talking to two apparently Ukrainian officers about plans to attack parliament.

The parliament authorised the lifting of immunity and, in a separate vote, the arrest of Savchenko by 268 votes to 10, minutes after Lutsenko's speech.

In 2014, the 36-year-old former combat pilot was captured while fighting against Kremlin-backed separatists in eastern Ukraine and found guilty of involvement in the killing of two Russian journalists in the country's war-torn east.

She spent around two years in a Russian prison and became a symbol of Ukraine's resistance, launching several hunger strikes.

Savchenko returned to a hero's welcome to Kiev in May, 2016 as part of a prisoner swap with Russia.

But her political star has faded since her return to Kiev, where she became a lawmaker for former prime minister Yulia Tymoshenko's political party.