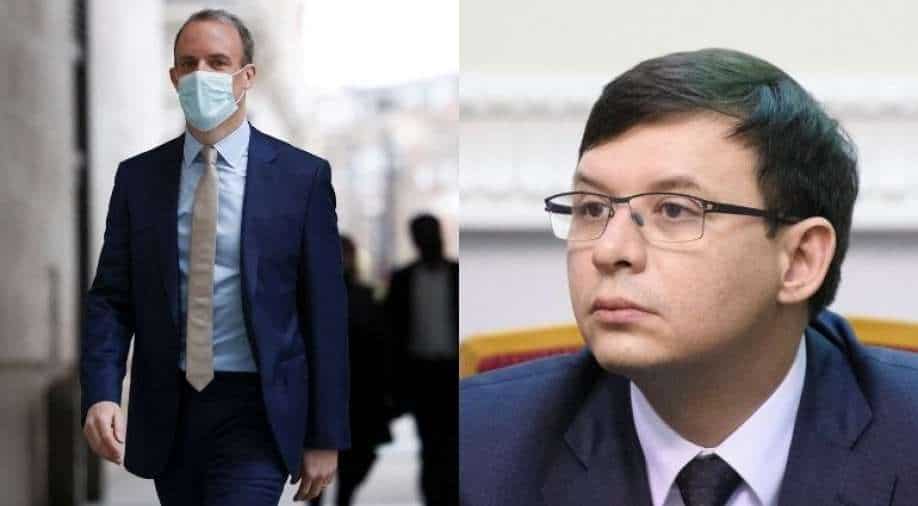 The British claims come after top American and Russian diplomats failed to reach an agreement on resolving the Ukraine crisis, which was sparked when Russia began massing troops near its border with the country

After the UK accused the Kremlin of seeking to install a pro-Russian leader in Ukraine, a senior British minister said on Sunday that Russia would face severe economic sanctions if it installs a puppet regime in Ukraine.

On Saturday, the United Kingdom made the accusation, saying Russian intelligence officers were in contact with a number of former Ukrainian politicians as part of an invasion plan.

In response, the Russian Foreign Ministry dismissed the British claim as "disinformation," accusing NATO of "escalating tensions" over Ukraine.

The British claims come after top American and Russian diplomats failed to reach an agreement on Friday on resolving the Ukraine crisis, which was sparked when Russia began massing troops near its border with the country.

Moscow has insisted that it has no plans to invade, and it and its American counterparts have agreed to keep talking. However, tensions remain high.

Due to the threat of Russian military action, the State Department of the US has also ordered eligible family members to leave the Embassy in Kyiv.

New York Times reports Biden is considering sending 1,000 to 5,000 troops to Eastern European countries, with the possibility of increasing this number should tensions increase.

While the world is closely watching Moscow's next move, the British foreign ministry claims that it has information Russia is considering former Ukrainian lawmaker Yevhen Murayev as a possible contender to head a pro-Russian government.

However, in comments to British newspapers, Murayev dismissed the theory that Russia wants him to become Ukraine's leader.

"This morning I already read in all the news publications this conspiracy theory: absolutely unproven, absolutely unfounded," Murayev told Reuters over a video call, adding that he was considering taking legal action.

Under Russian sanctions since 2018, he dismissed the idea that he was working with the Kremlin as "stupid" and denied that he had any contacts with Russian intelligence.

The British foreign ministry refused to provide any evidence to support its allegations.