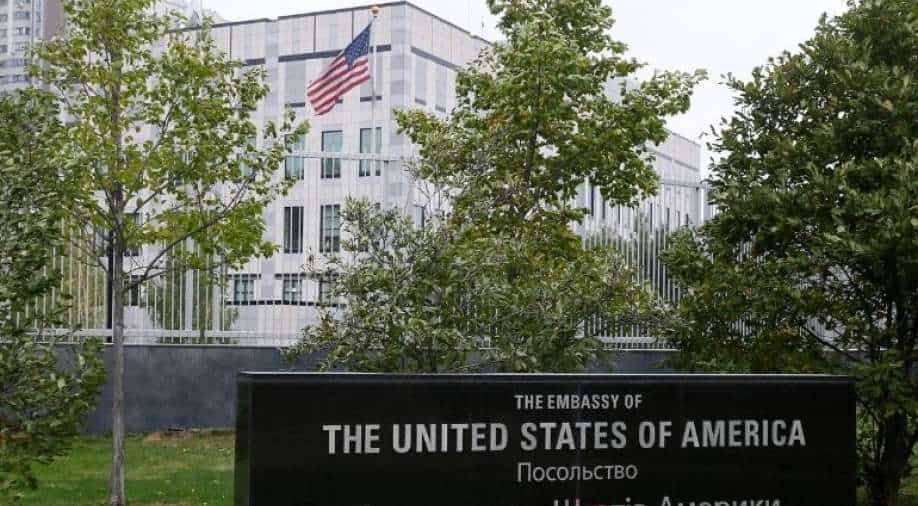 The United States has ordered departure of family members of staff at its Ukrainian embassy (representative image). Photograph:( Reuters )

With the threat of war on mind, the United States on Sunday has ordered the departure of family members of staff at its Ukrainian embassy.

The voluntary departure of US government employees has also been authorised by the US State Department.

It also said that Americans should consider departing immediately from the country.

The US Embassy said, "We have been in consultation with the Ukrainian government about this step and are coordinating with Allied and partner embassies in Kyiv as they determine their posture."

The actions of the US government indicate that the continuing threat of military action from Russia seems to be imminent and it does not want a repeat of a situation like Afghanistan evacuation last year.

In a statement, the US Embassy in Kyiv warned that "military action by Russia could come at any time and the United States government will not be in a position to evacuate American citizens in such a contingency, so US citizens currently present in Ukraine should plan accordingly."

Also Read: Coronavirus tests from US government begin to arrive at some homes

The State Department of the US also said that it was authorising the "voluntary departure of US direct hire employees."

The US Embassy in Kyiv is continuing to operate and its Chargé d’Affaires Kristina Kvien remains in the country, the State Department officials said.