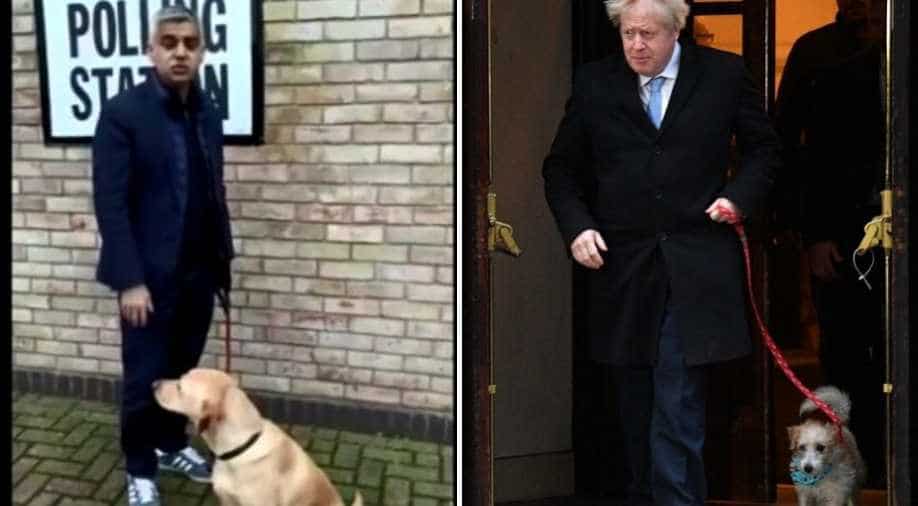 Some 49 million voters are set to cast their votes on Thursday in what could be described as one of the most crucial polls in a generation.

Dogs stole the show at voting centres in the UK as Boris Johnson took his dog to the polling station to cast his vote in the general election.

Bringing a light-heartedness to the general election, London mayor Sadiq Khan also took his dog to the polling station.

The hashtag #dogsatpollingstations immediately started trending on micro-blogging site Twitter as soon as the pictures emerged of leaders arriving at the polling station with their four-legged friends.

Meanwhile, Boris Johnson also broke a tradition as he cast his vote at a polling station in central London rather than in his Uxbridge and South Ruislip constituency.

In past general elections, leaders have been voting in their own constituencies. In 2005, Tony Blair votes from his constituency of Sedgefield. In 2015, David Cameron voted in his seat in Witney, and in 2017 then-prime minister Theresa May voted from her Maidenhead seat.

Thursday's election will either pave the way for Brexit under a Johnson-led government or propel Britain towards another referendum that could ultimately reverse the decision to leave the European Union.

Some 49 million voters are set to cast their votes on Thursday in what could be described as one of the most crucial polls in a generation.

After failing to deliver Brexit by an October 31 deadline, Johnson called the election to break what he cast as political paralysis that had thwarted Britain's departure and sapped confidence in the economy.

Exit polls can be expected as soon as the polling ends, but the final result could be declared as late as Friday evening.