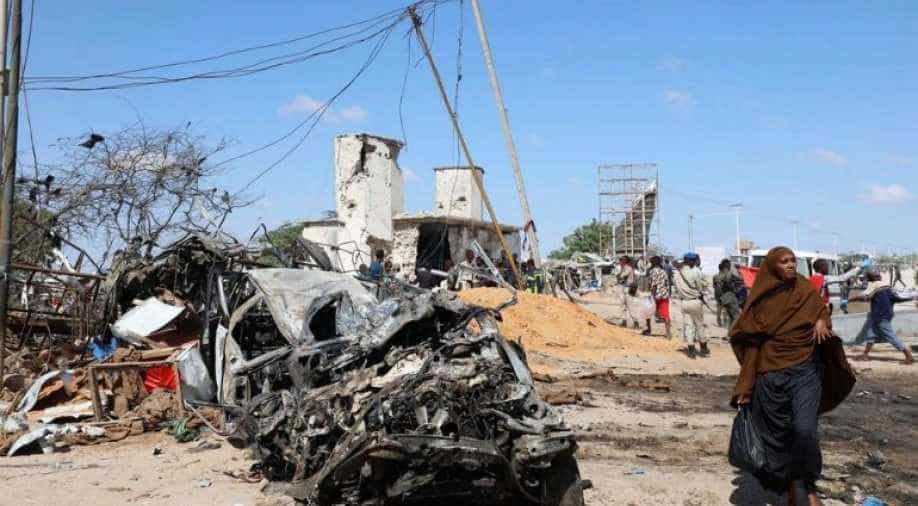 Two Somalian cities had explosions on Saturday, one in Mogadishu and the second one in Baidoa. The explosions have left several people wounded and at least four people dead.

Officials said a suicide car bomber detonated near the port in Mogadishu. The bomb detonated near the gates of the motor vehicle imports duty authority headquarters. The bomber sped through the first security checkpoint before police officers opened fire at the vehicle which exploded outside the gates, Ismail Mukhtar, spokesman for Somalia's information ministry.

Also read: Somaliland, next to China's only military base in Indian Ocean establishes ties with Taiwan

Another blast followed at a land mine in a restaurant on the outskirts of Baidoa while miners were dining during the rush hours.

Ali Abdullahi, an official with the Southwestern regional state, informed the media that the blast in Baidoa was detonated through a remote control during the rush hour. Several other people are wounded, he said.

While no group has claimed responsibility yet for the attacks, experts believe that this might be another attack by the al-Qaida-linked al-Shabab group, as the group has targeted the city in the past too.