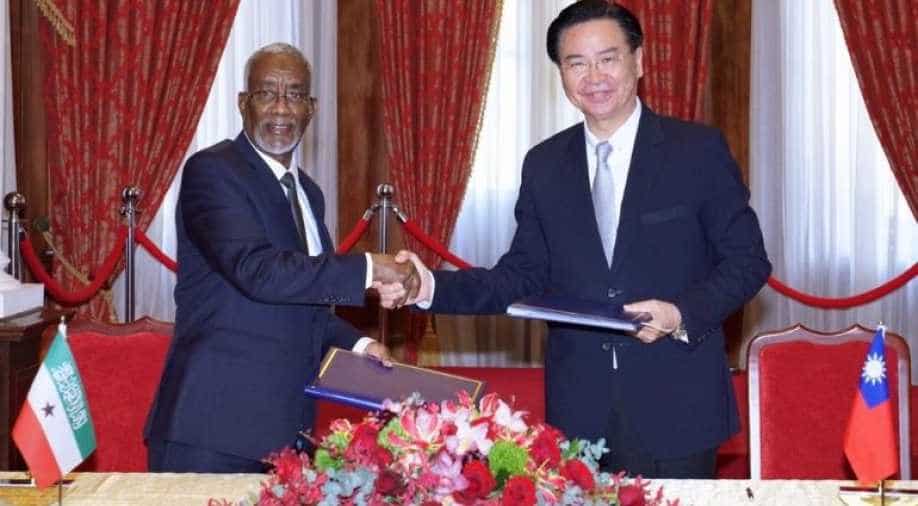 Chinese People's Liberation Army Support Base in Djibouti was established in 2017 and gives the Chinese navy an oversight from Suez canal to western Indian ocean.

Somaliland, a full fledged functioning defacto independent country in the horn of Africa, has established ties with Taiwan. What is significant is that Somaliland borders Djibouti that host many foriegn bases including the only base foriegn base of China.

Chinese People's Liberation Army Support Base in Djibouti was established in 2017 and gives the Chinese navy an oversight from Suez canal to western Indian ocean.

Also read| China's hunger for others' land knows no limits. It's latest target is Russia

A Taiwan Representative Office will be set up in this "independent country on the Horn of Africa" and "We're thousands of miles apart, but share a deep-seated love of freedom and democracy" the statement from Taipei.

The Somaliland FM Yasin Hagi Mohamoud was himself in the Taiwan to sign the agreement and establishment of diplomatic ties, welcomed by both Tsai Ing-wen President of Taiwan and Muse Bihi Abdi President of Somaliland.

Remember Somaliland in north western Somalia, while is a fully functioning country, but is not recognised globally. Few engagements with foriegn govts have happened including with South Africa, UK, Djibouti, Sweden.

Its passport is officially accepted by more than 150 countries and enjoys a high-level of visa exemption or facilitation treatment due to its people's 20 million outbound visits every year.