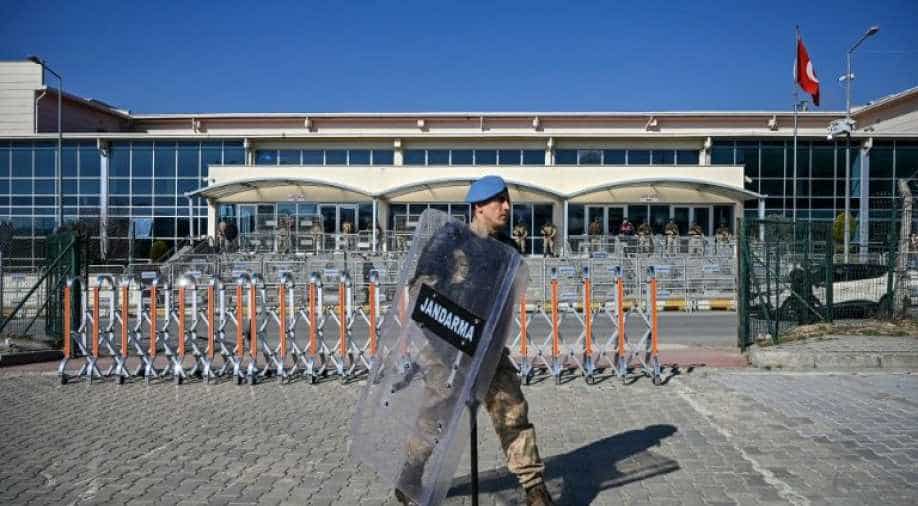 A Turkish lawyer seeking a fair trial after being charged with membership of a terrorist organisation has died in an Istanbul hospital on the 238th day of her hunger strike.

According to AFP, around 100 of Timtik's friends and supporters gathered on Friday as police tried to gain access to her body outside an Istanbul forensic lab. Police had to use teargas and pushed people away with anti-riot shields as a van drove her body away.

The Cumhuriyet daily reported that four people were detained.

Timtik was a member of the Contemporary Lawyers' Association (CHD), a leftist group accused of having close ties to the outlawed Revolutionary People's Liberation Party-Front (DHKP-C), a far-left Marxist organisation.

The DHKP-C has claimed responsibility for a number of deadly attacks in Turkey, including a 2013 suicide bombing at the US embassy in Ankara, which killed a Turkish security guard.

In 2019, an Istanbul court handed multiple sentences to 18 lawyers, including Timtik, on charges of "forming and running a terror group" and "membership in a terror group."

Timtik, who had been initially detained in September 2018, was sentenced to 13 years and six months in prison, which prompted her and some other lawyers to start a hunger strike in February.

She had been jailed in Silivri -- a huge court and prison complex on the outskirts of Istanbul.

Timtik, who turned her hunger strike into a death fast together with another lawyer, Aytac Unsal, was moved from the prison to a hospital in July.

The pair were consuming only liquids and vitamins, and a forensic report showed at the time that their condition was "not suitable" for a continued stay in prison.

The body is expected to be buried by her mother in a cemetery nearby on Friday or Saturday.