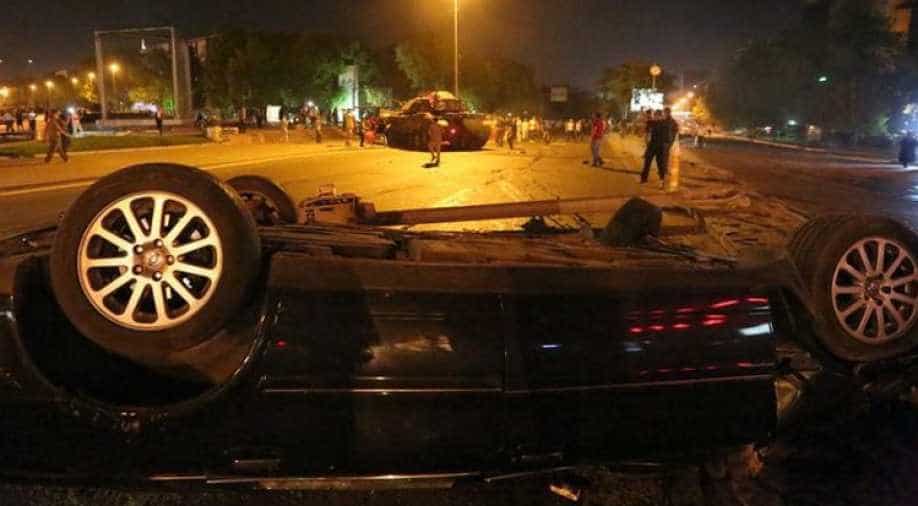 A damaged vehicle is seen in front of a military vehicle during an attempted coup in Ankara, Turkey on July 16, 2016. Photograph:( Reuters )

Turkey today dismissed 107 judges and prosecutors over alleged links to a failed coup in July last year, Turkish televisions reported on Friday, further widening a purge during which it dismissed around 145,000 civil servants, security personnel and academics.

Turkey's military was involved in a coup on July 15-16 last year to overthrow President Erdogan, however, it failed to materialise leading to large-scale arrests and detention of army personnel which later led to a wider crackdown on academics and journalists. In addition, the government said in its official gazette that three news agencies, 16 television channels, 45 newspapers, 15 magazines and 29 publishers were ordered to shut down.

The wide-ranging crackdown has led to discontent in Turkish society with several human rights organisations accusing the government of illegal detention and forced arrests.

The latest crackdown comes nearly ten months after the aborted coup with several more sacking and detention still in the offing.