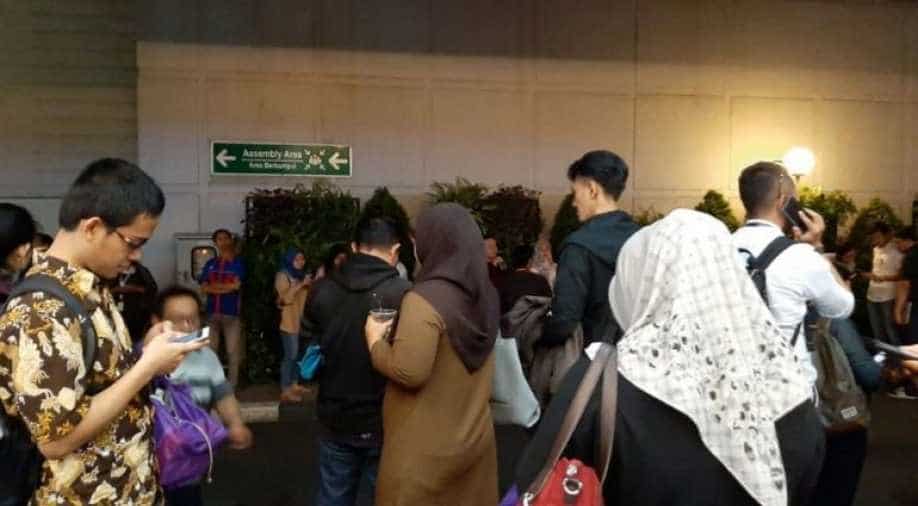 Employees of an office building stand outside after evacuating following a strong earthquake in the area in Serpong, Banten. Photograph:( Reuters )

An earthquake of magnitude 7 struck off Indonesia's island of Sumatra on Friday, the United States Geological Survey (USGS) said.

The Indonesian geophysics agency issued a tsunami warning after the quake, which the USGS said had hit at a depth of 59 km (37 miles), about 227 km (141 miles) from the city of Teluk Betung on the island.

Indonesia experiences frequent seismic and volcanic activity due to its position on the Pacific "Ring of Fire", where tectonic plates collide.

Last year, a 7.5-magnitude quake and a subsequent tsunami in Palu on Sulawesi island killed more than 2,200 people with another thousand declared missing.

On December 26, 2004, a devastating 9.1-magnitude earthquake struck off the coast of Sumatra and triggered a tsunami that killed 220,000 throughout the region, including around 170,000 in Indonesia.