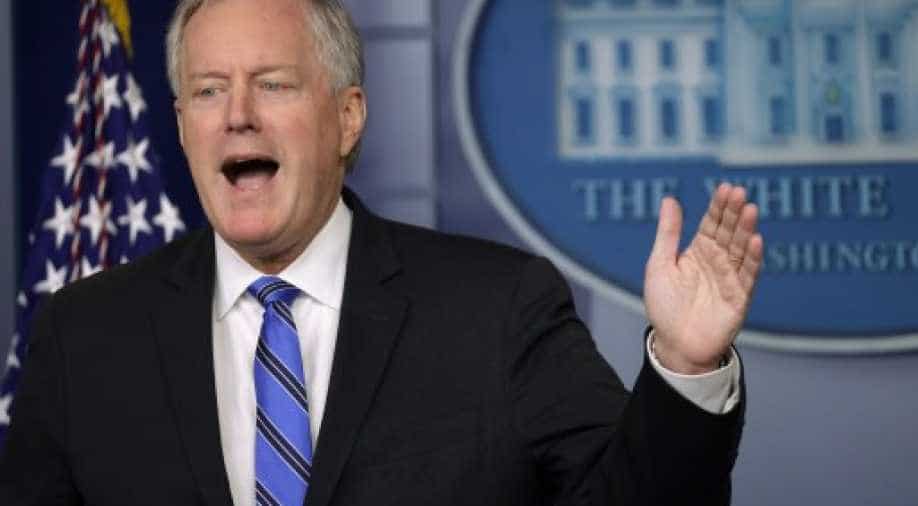 Meadows had earlier handed over his records to the investigators. However, soon after he stopped answering any questions related to the investigation, which made it a case of noncompliance and uncooperative behaviour

The House select committee that is conducting an investigation about the Capitol attack has voted to recommend criminal prosecution for former US president Donald Trump’s chief of staff Mark Meadows.

This decision has been taken as Meadows denied cooperating and testifying in the January 06 investigation. The group decided to put the matter to vote before bringing this issue forward in front of the full House of Representatives, which may approve the citation by Tuesday.

Meadows had earlier handed over his records to the investigators. However, soon after he stopped answering any questions related to the investigation, which made it a case of noncompliance and uncooperative behaviour.

“It comes down to this,” Bennie Thompson, the chair of the select committee, said in an opening statement. “Mr Meadows started by doing the right thing: cooperating. He handed over records that he didn’t try to shield behind some excuse. But in an investigation like ours, that’s just a first step.

“When the records raise questions – as these most certainly do – you have to come in and answer those questions. And when it was time for him to follow the law, come in, and testify on those questions, he changed his mind and told us to pound sand. He didn’t even show up.”

His noncompliant behaviour has forced the committee to take this action against him. Although Meadows started by providing records on his own, he quickly started going in an uncooperative zone after that, which made it difficult for the committee to continue the investigation.

Among the over 9,000 documents handed over by Meadows, authorities found a powerpoint presentation titled “Election Fraud, Foreign Interference and Options for 6 JAN”. As per this, Trump was supposed to declare a national security emergency which would have, according to him, brought him back to the White House.

Several text messages such as Trump’s son saying “we need an Oval Office address” to stop the Capitol attack, to lawmakers saying “Yesterday was a terrible day. We tried everything we could in our objection to the 6 states. I’m sorry nothing worked.”

However, now, Meadows has decided to not answer any questions as he heard that the committee had subpoenaed his personal phone records.