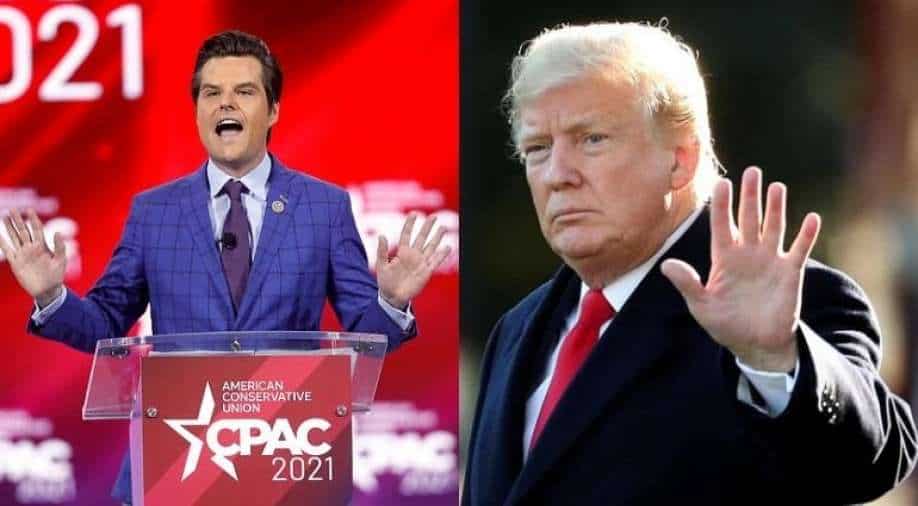 Matt Gaetz, a close ally of Donald Trump who is under investigation for having a sexual relationship with a 17-year-old girl. He has now claimed to be a victim of 'extortion'.

Gaetz, a 38-year-old Republican Congressman, claimed to be a victim of an 'extortion' plan by the Justice Department. He made these allegations during an interview.

David McGee, a former justice department employee has been named in this accusation. McGee, however, has denied these allegations saying the claims are "completely false".

"This is a blatant attempt to distract from the fact he’s under investigation for sex trafficking of minors," McGee said. "I have no connection with that case at all, other than one of a thousand people who have heard the rumors."

The Fox News host, Tucker Carlson, who interviewed Gaetz described it as "one of the weirdest interviews I’ve ever conducted".

"I don’t think that clarified much," Carlson said on air. "But it certainly showed this is a deeply interesting story, and we will be following it. Don’t quite understand it, but we will bring you more when we find out."

Gaetz has been accused of having an inappropriate sexual relationship with a 17-year-old who was allegedly paid to travel with him.

Calling it a planned criminal extortion plan, he said in a statement, "Over the past several weeks my family and I have been victims of an organised criminal extortion involving a former DoJ [Department of Justice] official, seeking $25m while threatening to smear my name."

He has also claimed that his father has been wearing a recording device on the FBI's order "to catch these criminals". He has urged the justice department to release those recordings.