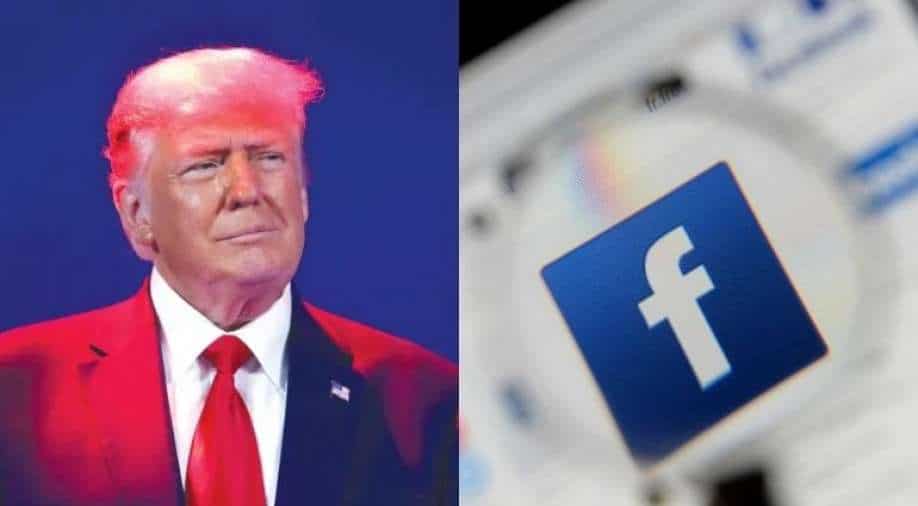 Further content posted in the voice of Donald Trump will be removed and result in additional limitations on the accounts, Facebook warned

After banning Donald Trump from the social media platform, Facebook has now also removed a video clip of an interview with the infamous former president.

Lara Trump, former president's daughter-in-law and a Fox News commentator took to social media to complain about this step taken by Facebook.

Also read | 'Miss me yet?': Donald Trump shocks everyone by making wedding speech about himself

"We are reaching out to let you know that we removed content from Lara Trump's Facebook Page that featured President Trump speaking," the email read. "In line with the block we placed on Donald Trump's Facebook and Instagram accounts, further content posted in the voice of Donald Trump will be removed and result in additional limitations on the accounts."

This video in question was a teaser of an interview of Lara Trump with her father-in-law on Fox News.

Trump has been banned from all major social media platforms such as Facebook, Instagram, Twitter and Snapchat since he was accused of inciting violence in the Capitol riots that took place on January 06.

Twitter has confirmed that the former president will never be allowed to return back to his favourite social media platform.