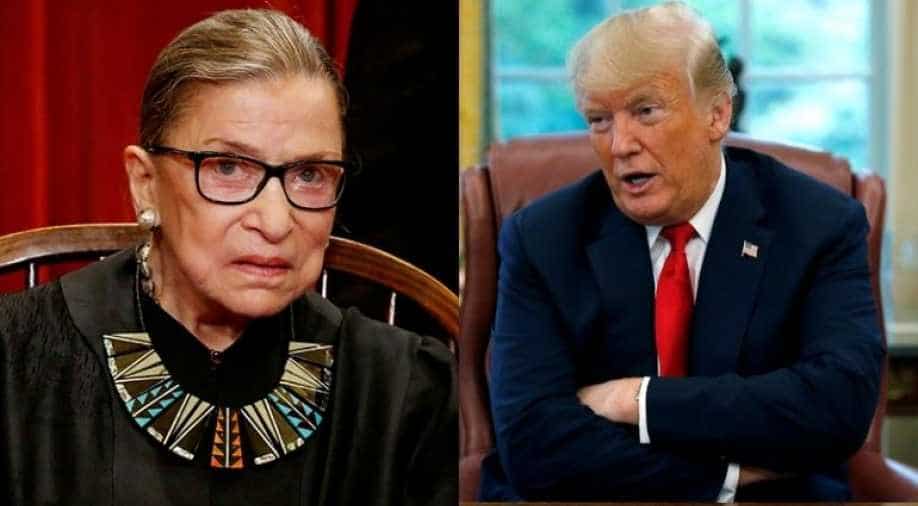 An inspiration to many, Ruth Bader Ginsburg, passed away yesterday after fighting a long battle with pancreatic cancer

Despite rows of criticism and the last wish of the US Supreme Court judge Ruth Bader Ginsburg, Donald Trump has decided to nominate another judge as her replacement.

An inspiration to many and known for her fight against the wrongs of sexual discrimination and other patriarchal principles, Ruth Bader Ginsburg, passed away yesterday after fighting a long battle with pancreatic cancer.

However, immediately after her death, the US Senate Republican leader Mitch McConnell announced that the chamber would vote for a nominee that Trump would name. "President Trump's nominee will receive a vote on the floor of the United States Senate," McConnell said.

Later, Trump, too, announced that he would be nominating someone next week to replace the 'Notorious RBG'.

"I will be putting forth a nominee next week. It will be a woman," Trump said at a campaign rally in Fayetteville, North Carolina. "I think it should be a woman because I actually like women much more than men."

As of now he has named Amy Coney Barrett of the Chicago-based 7th Circuit and Barbara Lagoa of the Atlanta-based 11th Circuit as possible nominees. He is expected to reveal the third name soon. An official announcement is expected next week.