Trump says people protesting in Washington on Thursday were 'thugs' 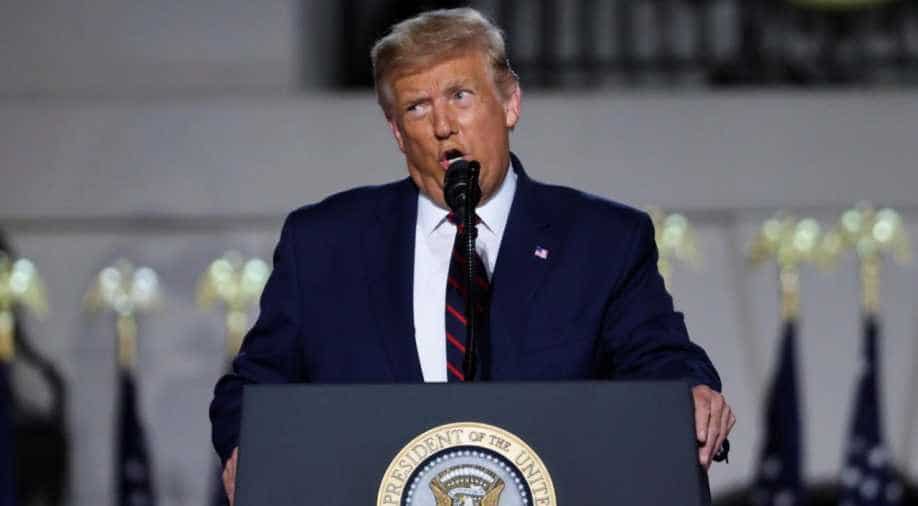 Addressing supporters in New Hampshire, Trump said people attending his speech at the White House "walked out to a bunch of thugs... That wasn't friendly protesters. They were thugs."

US President Donald Trump on Friday branded as "thugs" people who protested in Washington on Thursday night as he gave his presidential nomination acceptance speech to the Republican National Convention from the White House.

Addressing supporters in New Hampshire, Trump said people attending his speech at the White House "walked out to a bunch of thugs... That wasn't friendly protesters. They were thugs."

Anti-Trump protesters demonstrated outside the White House as Trump delivered his speech, sounding horns that could at times be heard by the speech attendees.

Like many other US cities, Washington and the streets near the White House have witnessed frequent demonstrations against police brutality and racism since George Floyd, a Black man, was killed by a white Minneapolis police officer who kneeled on his neck for nearly nine minutes.

This week, Kenosha, Wisconsin, was swept by civil unrest and violence after police there shot and wounded a Black man, Jacob Blake, in front of three of his children.

Trump, who is casting himself as a law-and-order candidate in his bid for re-election in November, has called for a forceful crackdown on the protests.

On Thursday night, a crowd of protesters swarmed Republican Senator Rand Paul as he departed the White House after listening to Trump's speech.

Video posted online shows a crowd surrounding Paul and his wife and the police. One man yells repeatedly, "say her name," a reference to Breonna Taylor, a Black woman killed by police in March in Kentucky, the state that Paul represents. At no point does it show Paul being physically attacked.

Trump praised Washington police for protecting Paul, but criticised the city's Democratic mayor, Muriel Bowser, for what he said were "bad instructions" she gave to the police.