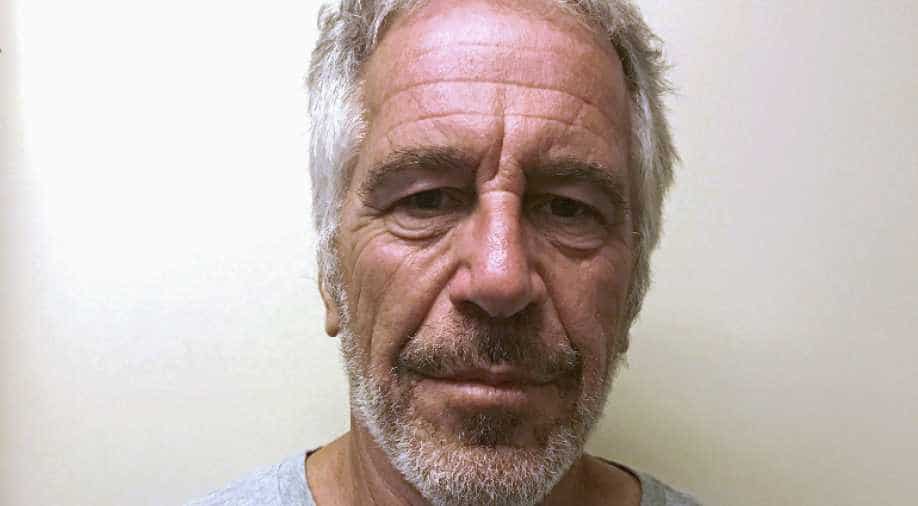 Epstein was found dead on Saturday morning, having apparently hanged himself in his cell at the Metropolitan Correctional Center (MCC) in lower Manhattan

US President Donald Trump said on Tuesday he wants a full investigation into the circumstances surrounding financier Jeffrey Epstein`s death at a federal detention facility in New York City while awaiting trial on sex trafficking charges.

Epstein was found dead on Saturday morning, having apparently hanged himself in his cell at the Metropolitan Correctional Center (MCC) in lower Manhattan.

Trump made the comments a day after U.S. Attorney General William Barr vowed to carry on the Epstein investigation even after the wealthy and well-connected money manager`s death. Barr has ordered the Justice Department`s inspector general to look into the matter.

"He`s a very highly respected conservative pundit," said of Williams. "He`s a big Trump fan. And that was a retweet. That wasn`t from me. ... So I think I was fine."

Epstein, who once counted Trump and Clinton as friends, was arrested on July 6 and pleaded not guilty to charges of sex trafficking involving dozens of underage girls as young as 14.

The 66-year-old financier had been on suicide watch, but a source familiar with the matter who spoke on condition of anonymity said he was not on watch at the time of his death.

At the MCC, two jail guards are required to make separate checks on all prisoners every 30 minutes, but that procedure was not followed overnight, according to the source.

New York City`s medical examiner has said an autopsy on Epstein was completed on Sunday, but the cause of death remained pending.
A growing chorus of lawmakers has demanded that the government hold responsible people who allegedly helped Epstein engage in sex trafficking.

Senator Ben Sasse, the Republican chairman of the Senate Judiciary Oversight Subcommittee, on Tuesday called on Barr to void a 2008 agreement that Epstein entered into with federal prosecutors in Florida that has been widely criticized as too lenient.

Under that deal, Epstein pleaded guilty to state prostitution charges and served 13 months in jail, but was allowed to leave the detention facility regularly for his office.

Some of Epstein`s accusers have called on the federal judge overseeing that case to scrap portions of the agreement, which provided immunity to Epstein`s alleged co-conspirators. In a letter to Barr, Sasse said the agreement should be thrown out altogether.

"This crooked deal cannot stand," and should be voided to "ensure that some measure of justice is finally delivered to Epstein`s victims who have been let down time and time again by their government," Sasse said.

One of the prosecutors involved in the 2008 agreement, Alexander Acosta, resigned as Trump`s labor secretary in July as the Epstein deal came under fresh scrutiny after the financier`s arrest in New York.

Jerrold Nadler, the Democratic chairman of the House of Representatives Judiciary Committee, and Doug Collins, the panel`s top Republican, on Monday sent a letter to the acting director of the federal Bureau of Prisons regarding Epstein`s death, saying the "competency and rigor of our criminal justice system" have been marred.

The lawmakers said if the allegation about mistakes made at the facility is true, it would demonstrate "severe miscarriages of or deficiencies in inmate protocol and has allowed the deceased to ultimately evade facing justice."

A representative for the agency and its acting director, Hugh Hurwitz, were not immediately available to comment.

The Epstein scandal has also enmeshed Leslie Wexner, the billionaire chairman and chief executive behind Victoria`s Secret and Bath & Body Works parent L Brands Inc , who had previously entrusted Epstein to manage his personal finances and serve as trustee of his charitable foundation.

Wexner recently hired white-collar defense lawyer Mary Jo White, a partner at Debevoise & Plimpton LLP and former US attorney in Manhattan, according to a person familiar with the matter, as scrutiny of Epstein`s finances intensifies.

Wexner has not been accused of criminal wrongdoing.

White, who previously chaired the US Securities and Exchange Commission, has reached out to prosecutors working on the case, the person familiar with the matter said. It was not clear what they discussed.

Neither White nor a representative for Wexner immediately responded to requests for comment. A spokesman for US Attorney Geoffrey Berman in Manhattan declined to comment.

Last week, Wexner said Epstein had "misappropriated vast sums of money from me and my family."

Wexner also said he and his family had decided Epstein should step back from managing their finances by the fall of 2007 after sexual misconduct allegations emerged, and severed ties after discovering that their money was misused.