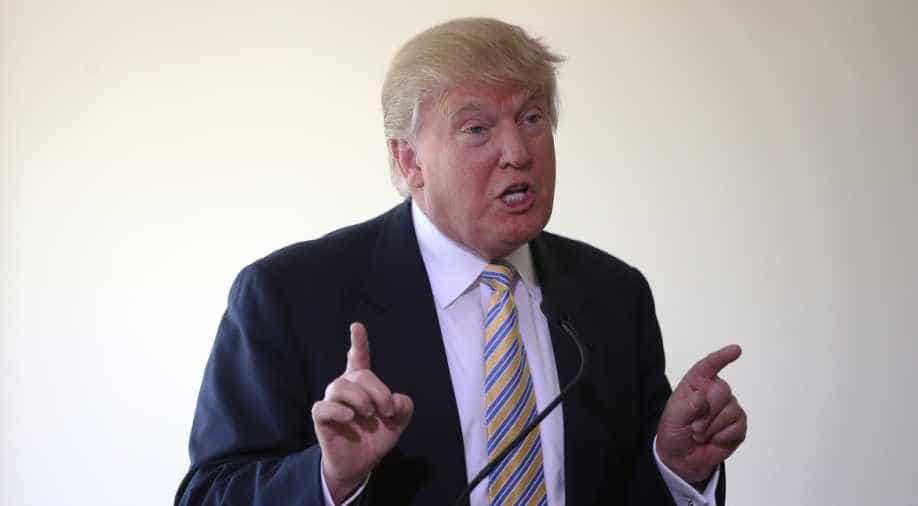 Trump's statement to reporters about his July 25 call with Ukrainian President Volodymyr Zelensky came as the Democratic leader of a key congressional panel said the pursuit of Trump's impeachment may be the "only remedy" to the situation.

US President Donald Trump said on Sunday that he discussed Democratic presidential hopeful Joe Biden and his son in a call with Ukraine's president.

Trump's statement to reporters about his July 25 call with Ukrainian President Volodymyr Zelensky came as the Democratic leader of a key congressional panel said the pursuit of Trump's impeachment may be the "only remedy" to the situation.

Trump's call with Zelensky has been at the center of an escalating battle in Washington since Friday when news outlets reported that Trump repeatedly asked the Ukrainian leader to investigate whether Biden, the Democratic front-runner to take on Trump in next year's election, misused his position when he was vice president.

Trump told reporters at the White House that their phone conversation was mostly congratulatory but also touched on corruption and the Bidens.

"The conversation I had was largely congratulatory, with large corruption, all of the corruption taking place and largely the fact that we don't want our people like Vice President Biden and his son creating to the corruption already in Ukraine," Trump said.

Democrats have said that if Trump asked Zelensky to investigate Biden, it is tantamount to promoting foreign interference in the 2020 election.

Trump has denied doing anything improper. His allies, including Secretary of State Mike Pompeo and his personal attorney, Rudy Giuliani, have defended the president's phone call, which, according to news reports, was the subject of a complaint made by an as-yet-unnamed whistleblower.

If an investigation shows that Trump pressured Ukraine to investigate Biden, the US Congress may have no choice but to pursue impeachment, Democratic House Intelligence Committee Chairman Adam Schiff said on Sunday.

Schiff had previously shied away from calling for impeachment, but his comments on CNN's "State of the Union" showed his stance had shifted.

"If the president is essentially withholding military aid at the same time that he is trying to browbeat a foreign leader to do something illicit, to provide dirt on his opponent during a presidential campaign, then that may be the only remedy that is co-equal to the evil that conduct represents," Schiff said.

Other legislators have called for the Democratic leadership to pursue impeachment immediately, but Democratic House of Representatives Speaker Nancy Pelosi has so far resisted calls to formally begin the process.

"If the administration persists in blocking this whistleblower from disclosing to Congress a serious possible breach of constitutional duties by the president, they will be entering a grave new chapter of lawlessness which will take us into a whole new stage of the investigation," Pelosi wrote.

Senator Mitt Romney, who has clashed with Trump in the past, sounded a rare note of concern among Trump's fellow Republicans, many of whom have remained silent, defended Trump or escalated their attacks on Biden in the days after the reports about the Trump-Zelensky call.

"If the President asked or pressured Ukraine’s president to investigate his political rival, either directly or through his personal attorney, it would be troubling in the extreme," Romney, the 2012 Republican presidential nominee, said in a Twitter post.

Impeachment proceedings in Congress, which begin in the House, can lead to a president being removed from office, but Democrats would need the support of Republicans, who control the Senate.

Multiple news organizations reported on Friday that Trump repeatedly asked Zelensky to investigate whether Biden misused his position as vice president under Democratic President Barack Obama to threaten to withhold US aid unless a prosecutor who was looking into a gas company in which Biden's son was involved was fired.

Biden said on Saturday there should be an investigation into Trump's call, saying it "appears to be an overwhelming abuse of power." He said he never spoke to his son about Ukraine.