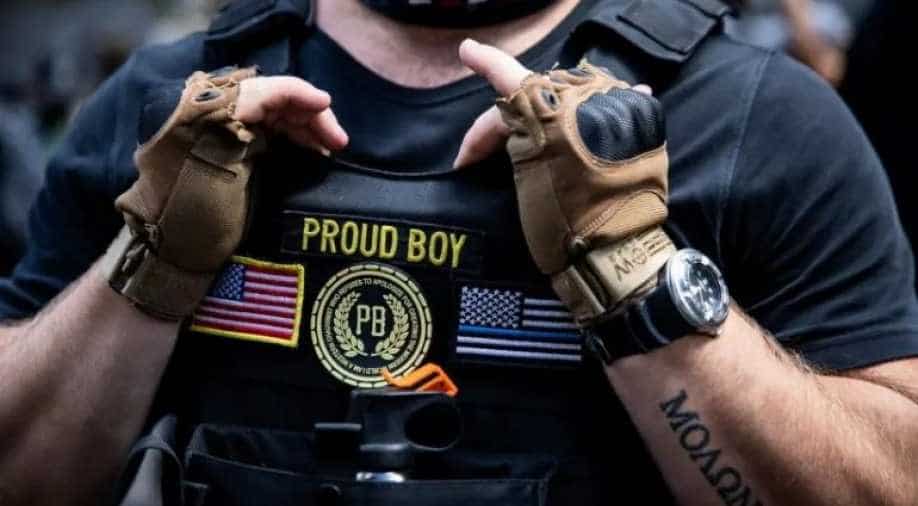 Proud Boys, a white supremacist group in the US Photograph:( Reuters )

'Proud Boys — stand back and stand by,' Donald Trump issued message for the white supremacist groups

The US President Donald Trump missed the opportunity to condemn the actions by White supremacists groups during the first presidential debate that took place in Ohio on September 29.

When the debate moderator Chris Wallace asked Trump if he was willing to call out and reject the various racist and militia groups, such as Proud Bys, he tried to deflect the question.

However, when pressed upon the subject, Trump said 'Give me a name and I will say it', and then called out to Proud Boys and said, "Proud Boys -- stand back and stand by."

The statement garned a lot of criticism on various social media platforms.

An American journalist published a screenshot of several posts of the members of the 'Proud Boys' group on various social media platforms in which they can be seen rejoicing in the fact that only were they mentioned in the debate, but were also sent a message by the President and claimed to be "ready".

The Proud Boys are ecstatic tonight about getting mentioned in the debate tonight.

"Trump basically said to go fuck them up! this makes me so happy," writes one prominent Proud Boy. pic.twitter.com/hYA7yQVAOn

Trump's Democratic opponent Joe Biden too, retweeted this saying "This. This is Donald Trump's America."

Withing minutes of the statement, the group also started circulating designed messages and rolled out t-shirts that read "Oroud Boys "Standing By".