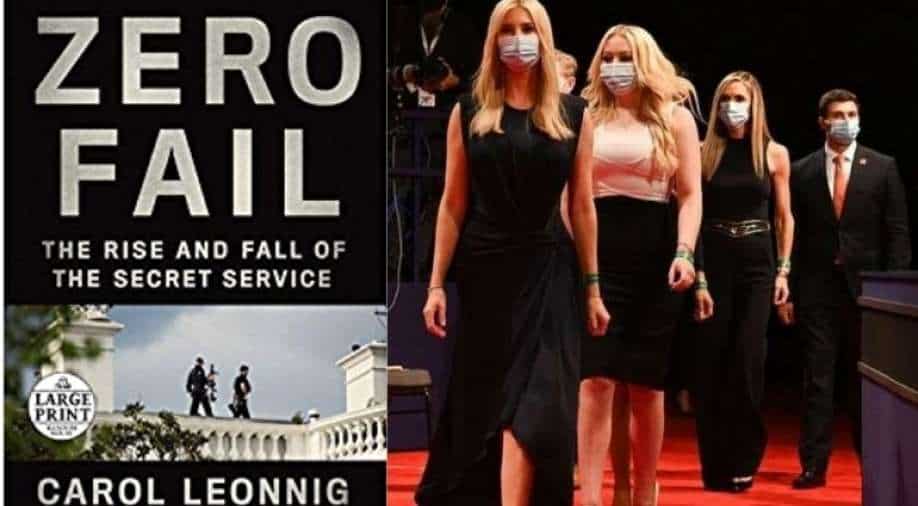 Trump family, Zero Fail: The Rise and Fall of the Secret Service Photograph:(Others)
Follow Us

Trump’s daughter, Tiffany Trump, was also spotted getting unusually close to an agent after she broke up with her then-boyfriend

A few days after it was revealed that Trump’s children have been lavishly spending taxpayers' money on trips, a book has made another disturbing revelation about the family’s relationship with the Secret Service.

Carol Leonnig, in her book titled 'Zero Fail: The Rise and Fall of the Secret Service' has claimed that two Trump family members got “inappropriately — and perhaps dangerously – close” to agents protecting them.

The incident is alleged to have taken place while former US President Donald Trump was in the White House.

In her book, Leonnig claims that Secret Service agents have reported that Vanessa Trump, then-wife of Donald Trump Jr — former president’s oldest son — had "started dating one of the agents who had been assigned to her family". Vanessa had filed for an uncontested divorce from Trump Jr in March 2018.

However, the concerned agent did not face any disciplinary action as he or the agency were not the official guardians of Vanessa Trump.

Trump’s daughter, Tiffany Trump, was also spotted getting unusually close to an agent after she broke up with her then-boyfriend. As per the sources, Tiffany "began spending an unusual amount of time alone with a Secret Service agent on her detail".

Leonnig also reports that the Secret Service leaders "became concerned at how close Tiffany appeared to be getting to the tall, dark and handsome agent".

However, like the first case, the second agent in question was also not officially questioned and neither Tiffany nor the agent admitted to any such happening. The two further justified their alone time as ‘nature of the agent’s job’ claiming the agent is supposed to spend alone time with his charge. The agent, however, was later reassigned.

Another accusation made in the book is against Donald Trump himself. While it is not clear if the former president was aware of the alleged relationships between his family members and Secret Service agent, he did make sure no ‘short’ or ‘fat’ agents were assigned to protect his family.

"I want these fat guys off my detail," Trump has been quoted as saying. "How are they going to protect me and my family if they can’t run down the street?"