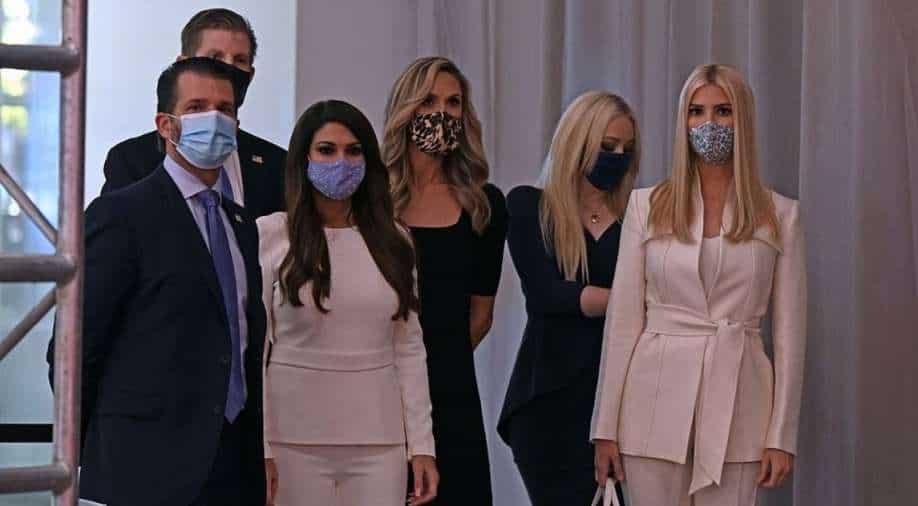 While the former US President, Donald Trump, left the White House on January 20, 2021, his children continued enjoying their privileges, which cost taxpayers.

Generally, family members of the outgoing presidents lose their security detail as soon as the president leaves the office. However, Donald Trump ensured his family’s safe future by issuing a directive to extend post-presidency protection by six months.

The security plan has been put in place for his four children and two of their spouses.

These costs, however, are excluding the cost for security at Trump properties in New Jersey, Palm Beach and Briarcliff, New York, revealed a watchdog group Citizens for Ethics. If the cost for trump properties is also included, the security cost would have been much higher, the group claimed.

As per the records of the watchdog group, Trump’s children have maintained a “breakneck speed of travel, and racked up significant hotel and transportation bills for the Secret Service”.

Donald Trump’s daughter and son-in-law — Ivanka Trump and Jared Kushner —went for a luxurious 10-day vacation to Utah immediately after finishing their jobs at the White House. The trip cost the secret service $62,599.

While Eric and Lara Trump spent the majority of their time at Trump’s Briarcliff property, their short trips to New York, Miami and Palm Beach, too, cost the service $12,742. Donald Trump Jr also made up a bill of $13,337 from his trips to New York.

If the clan keeps travelling in the same way, the total post-presidency cost could easily cross one million, which is the highest till now.

The group has also revealed that the Trump clan has gone on 12 times the amount of trips in three years that the Obamas made in seven.

“While it may be tempting to put the story of the Trump family’s profiteering in the past, we cannot until they have actually stopped directing taxpayer money into their own bank accounts,” the group said.

As per the rules, the former POTUS and FLOTUS are entitled to receive protection for their whole life and their youngest son, Barron, is entitled to these services till he turns 16. However, Trump nodded for security even for former treasury secretary Steven Mnuchin, former chief of staff Mark Meadows and former national security adviser Robert O’Brien, as reported by Washington Post.