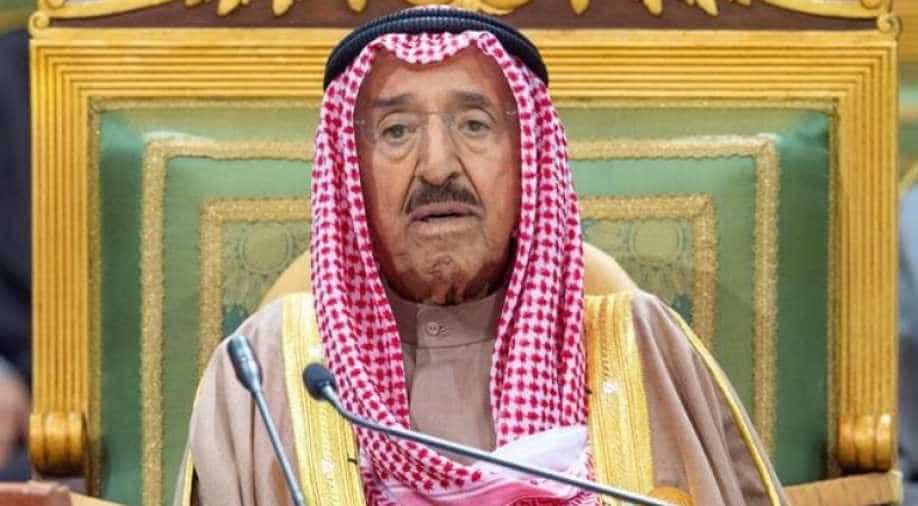 The US President Donald Trump awarded one of the most prestigious awards — the US Legion of Merit, Degree Chief Commander — to Kuwaiti Emir Sheikh Sabah al-Ahmad al-Sabah on Friday.

The announcement was made by the White House, which also stated the this is the first time the honour has been awarded to anyone since 1991.

The 91-year-old has been a part of a few of the most important missions of the US such as Operation Iraqi Freedom which was conducted in 20113 by the US forces to oust the former Iraqi dictator Saddam Hussein, Operation Enduring Freedom in 2001 through which the US removed Taliban from power in Afghanistan and the Defeat-ISIS campaign to the coalition effort to end the Islamic State militant group`s control of territory in Syria and Iraq.

Also read| Credit where it is due: Trump deserves praise for West Asia peace deal

A private award ceremony was held on Friday in the White House in which the award was collected by emir's oldest son Sheikh Nasser Sabah al-Ahmad al-Jaber al-Sabah.

The emir came to the US in July with respect to his health issues, after which he had undergone a surgery. His condition is now stable, his team stated.

This award is being seen as a move to smoothen the country's relations with the countries of Middle East ahead of  US elections in which he is competing against Joe Biden.