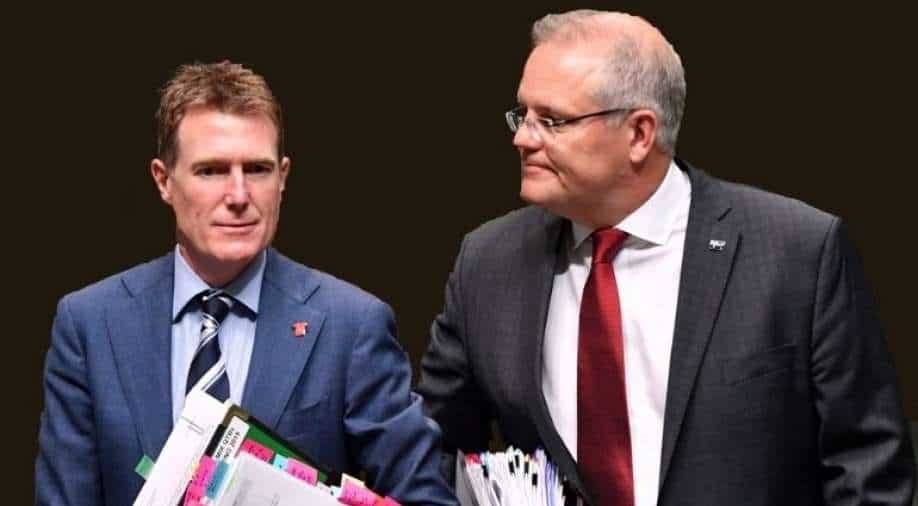 Christian Porter denies having sexual relations with the woman, in any way. He claims to not have read the allegations, and only knows what has been reported in the media

In a surprising statement, Australia's attorney-general has denied all allegation against him and called it a 'trial by media' in the historic rape case that shook the country after a letter was sent to the prime minister detailing the assault.

Calling it a 'whispering campaign', Christian Porter said he is not aware of any specific allegations against him in this case, and claimed that none of the events mentioned in the letter are true.

"Prior to last Friday’s story in the ABC, no one in law enforcement, or the law or politics or the media ever [put] any specific allegations to me at all," he said. "I was aware, over the last few months of a whispering campaign. Had the accusation ever been put to me before they were printed, I would have at least been able to say, the only thing that I can say, likely the only thing that I’m ever going to be able to say. And that’s the truth. And that is that nothing in the allegations that have been printed ever happened. Even now, the only information I have about the allegations, is what has been circulating online and in certain media outlets."

Till now, the name of the accused was not being disclosed. However, days after the mystery has been continuing and as a former prime minister had urged current Prime Minister Scott Morrison to reveal the identity of the senior cabinet minister, Porter has outed himself in front of the media.

Porter has been accused of raping a then-16-year-old girl, before entering the Australian parliament. The matter came to light when friends of the recently-deceased victim sent a letter detailing the allegations to Prime Minister Morrison and a few other authorities.

"There will be considerable damage to community perceptions of justice... and the parliament when this story becomes public if it is simultaneously revealed that senior people (like yourselves) were aware of the accusation but had done nothing...," it read.

"Failing to take parliamentary action because the NSW Police cannot take criminal action [due to the complainant's death] would seem like willful blindness."

Now, after outing himself, Porter has called the last few weeks to be a media trial while releasing his statement, where he also teared up.

"Before last Friday, all I can say is that I had heard, think about November last year a rumour being spread by a small number of people that I had somehow offended against someone decades ago in a way that was never specified to me," Porter said.

He has also claimed that he has not been directly contacted by the authorities or the media for a comment or response on any allegations.

He has, however, admitted to remembering the victim and said, "I remember her as a bright, happy person. I don’t dispute anything that her friends would say about how they recollect to."