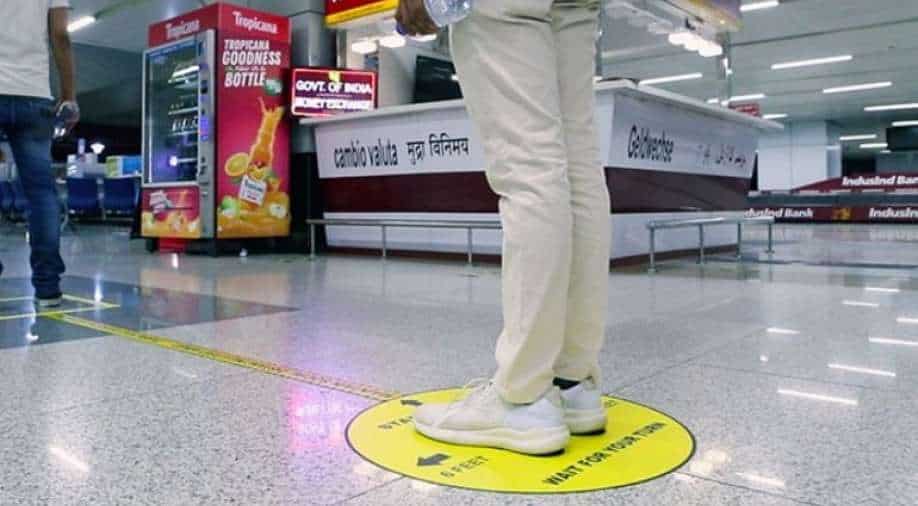 Covid regulations such as social distancing is compulsory at Indian airports Photograph:( Others )

Both Indian vaccines, Covishield and Covaxin, are recognised in Canada for travel purposes

Ottawa has now lifted India-specific Covid testing requirements making it easier to travel between India and Canada. The latest travel advisory no longer requires a negative RT-PCR test report before boarding. The travellers from India will also not be required a get a negative test result from a third country before leaving for Canada.

However, entry into Canada is restricted to fully vaccinated passengers. Both Indian vaccines, Covishield and Covaxin, are recognised in Canada for travel purposes.

Earlier, the norms read, “Passengers who travel from India to Canada via an indirect route still need to provide a pre-departure negative Covid-19 molecular test result from a third country before continuing their journey to Canada.”

Meanwhile, Canada’s top health official has said that the fast-spreading Omicron variant of Covid may have peaked in the country.

Canada’s chief public health officer Dr Theresa Tam in a statement released on Friday said that there have been “early indications that infections may have peaked at the national level, including daily case counts, test positivity, Rt (or effective reproduction number), and wastewater surveillance trends”.

The average case count has decreased by 28 per cent compared with the previous week, according to Tam, but she warned that the 22 per cent test positivity rate indicates there is still “widespread” disease activity across the country.

Multiple Canadian provinces, including Ontario, Quebec and British Columbia, have started easing restrictions that were imposed when the Omicron fuelled the fifth wave in the country.