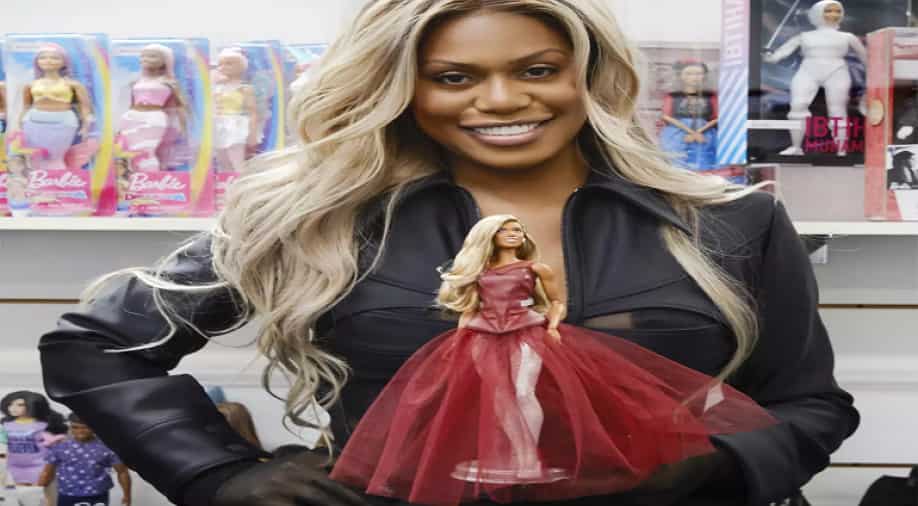 Laverne Cox honoured with her own Barbie doll Photograph:( Twitter )

Laverne Cox, who became famous for her role in the Netflix series ‘Orange is the New Black’, was honoured by her own Barbie doll which will be going on sale ahead of her 50th birthday.

The Barbie is probably the most famous doll in the world and Transgender actress and activist Laverne Cox became the latest celebrity to be honoured by the company. The actress, who became famous for her role in the Netflix series ‘Orange is the New Black’, was honoured by her own Barbie doll which will be going on sale ahead of her 50th birthday. While Barbie has faced a lot of criticism for its lack of representation, Mattel has been trying hard to make the collection more inclusive. It is part of the new Tribute Collection which was launched last year for honouring major personalities.

The first doll to be part of the collection was actress Lucille Ball and the company also made a doll in the likeliness of the Queen of England. Over the years, Barbie has also added a lot of other female role models in their collection with fencer Ibtihaj Muhammad getting the first hijab-wearing Barbie.

Cox, who has won multiple Emmy Awards in her career, has been an advocate for transgender rights and issues. She worked closely with the company to create her Barbie doll and when asked about the product, she expressed her wish for the doll to appeal to children of all gender identities.

"It's incredibly meaningful for me to have my Barbie doll for so many reasons," she said according to a report on the BBC. "I hope that kids of all gender identities can look at this Barbie and dream."