Top US officials arrive in Seoul with China, North Korea on agenda 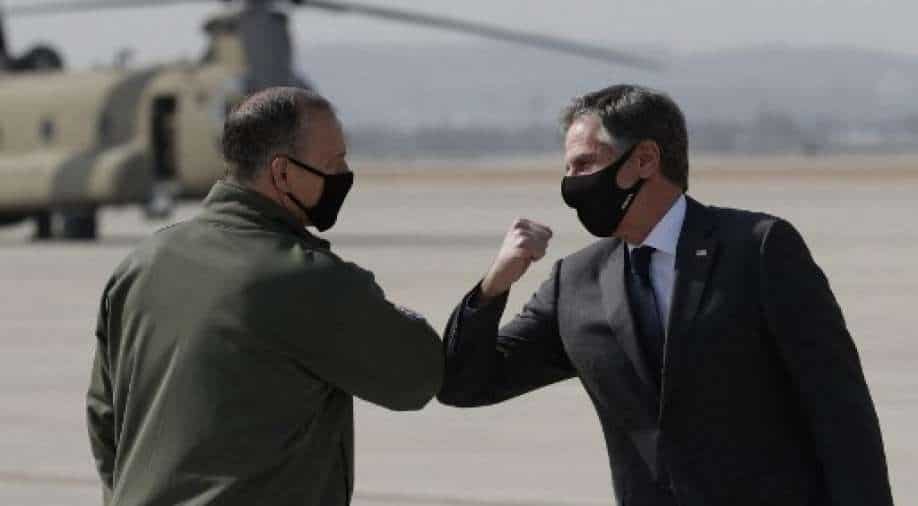 Blinken and Austin are on a visit to Asia, where they will meet with US allies Japan and South Korea in order to discuss North Korea, and other bilateral, regional and global issues. They had meetings in Japanese capital Tokyo on Tuesday.

Pentagon chief Lloyd Austin arrived in Seoul on Wednesday with top US diplomat Antony Blinken following for talks with South Korean officials to bolster a united front against an increasingly assertive China and the nuclear-armed North.

The South is the second leg of their inaugural overseas trip, and like their first stop, Japan, a leading security ally of the United States.

The Biden administration is focused on rallying alliances with its key Asian partners to counter a rising China.

Before leaving Tokyo, Secretary of State Blinken accused Beijing of acting more repressively at home and "more aggressively abroad", citing its activities in the East and South China Seas and towards Taiwan.

"It's important for us to make clear together that China cannot expect to act with impunity," Blinken said.

North Korea is likely to move up the agenda in the South, where the US stations 28,500 troops to defend it against its neighbour.

Meanwhile, in North Korea's first comments directed at the Biden administration, Kim Jong Un's powerful sister on Tuesday warned the United States to "refrain from causing a stink" if it wants to "sleep in peace" for the next four years.

Kim Yo Jong, a senior official who handles inter-Korean affairs, also criticised the US and South Korea for holding military exercises. She also said the North would consider abandoning a 2018 bilateral agreement on reducing military tensions and abolish a decades-old ruling party unit tasked to handle inter-Korean relations if it no longer had to cooperate with the South.

Also read | 'North Korea will be watching': Kim Jong Un's sister warns US ahead of Austin, Blinken's visit to Seoul

She said the North would also consider scrapping an office that handled South Korean tours to the North's scenic Diamond Mountain, which Seoul suspended in 2008 after a North Korean guard fatally shot a South Korean tourist.

A senior official from the Biden administration said Saturday that US officials have tried to reach out to North Korea through multiple channels since last month, but had yet to receive a response.

The South Korean and US militaries began annual military exercises last week that continue through Thursday.

The drills are command post exercises and computerised simulation and don't involve field training. They said they held the downsized drills after reviewing factors like the status of COVID-19 and diplomatic efforts to resume the nuclear talks with North Korea.

The new US administration is expected to wrap up a review of North Korea policy in coming weeks. And Blinken said Washington is considering whether additional pressure on North Korea could be effective.