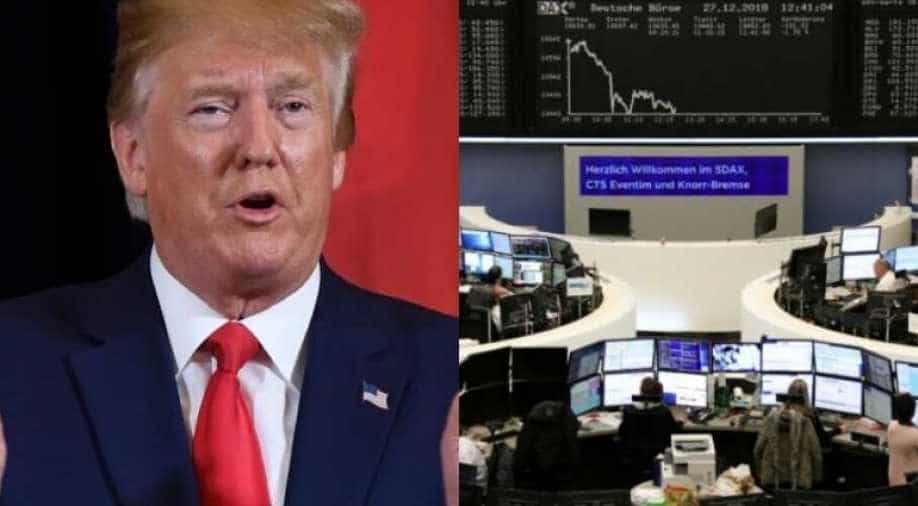 1. Trump suspends travel from Europe to US in coronavirus crisis

President Donald Trump on Wednesday suspended travel from Europe to the United States for 30 days in a "tough" new effort to halt the spread of the novel coronavirus pandemic that has sparked a run on the stock market and is rapidly multiplying. Read more

The novel coronavirus outbreak has generated both demand and supply shocks reverberating across the global economy. Read more

3. EU slams US for travel ban on Europe over coronavirus

5. Spoke to PM Modi, Israel depends on others for supplies: Netanyahu on COVID-19

Israel Prime Minister Benjamin Netanyahu, in the wake of the coronavirus outbreak, has said he spoke to his Indian counterpart, PM Modi, adding Tel Aviv was dependent on supply lines from various countries. Read more

The death toll due to coronavirus climbed to 429 in Iran with 75 new deaths reported in the last 24 hours, the health ministry said. Read more

The British way of colonialism has often been a topic of vigorous discussion -- for the world and UK alike. A little more for the latter as a recent polls has suggested Britain misses its empire more than other post-colonial powers. Read more

Two fraudsters who impersonated a senior ally of the French President Emmanuel Macron, have been sentenced jail by a courtroom in Paris. Read more

9. China shuts down Mount Everest due to coronavirus fears

China has cancelled permits for Mount Everest because of the coronavirus, expedition organisers said Thursday, ahead of the spring climbing season on the world's highest peak. Read more

Scientists have discovered the skull of the world's smallest-known dinosaur which was embedded in 99-million-year-old amber. Read more