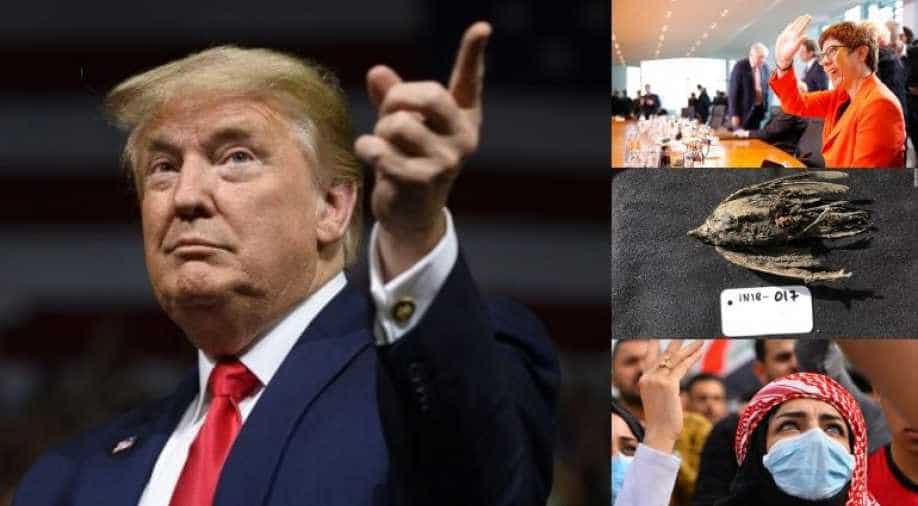 China is expected to decide Monday whether to postpone its annual parliament session for the first time since the Cultural Revolution as the country battles the coronavirus outbreak. Read More

Iraq on Monday confirmed its first novel coronavirus case in an elderly Iranian national in the southern shrine city of Najaf, according to health officials. Read More

US President Donald Trump received a shot in the arm after his popularity ratings improved in the election year. Read More

The scientists have identified the specimen as a horned lark (eremophila alpestris) after its radiocarbon dating according to a paper published Friday in the journal Communications Biology. Read More

NASA is taking the help of citizen scientists to unveil a side of Jupiter that's never been seen before. Read More

Prime Minister Mahathir Mohamad has submitted a letter of resignation to Malaysia's king, his office said on Monday, amid talk of forming a new governing coalition. Read More

A US federal judge on Sunday denied a request by Roger Stone's lawyers that she be removed from the case in which she last week sentenced the long-time adviser to President Donald Trump to three years and four months in prison. Read More

Angela Merkel's centre-right CDU will choose a new leader at a special congress on April 25 as the party scrambles to prepare for the veteran German chancellor's departure. Read More