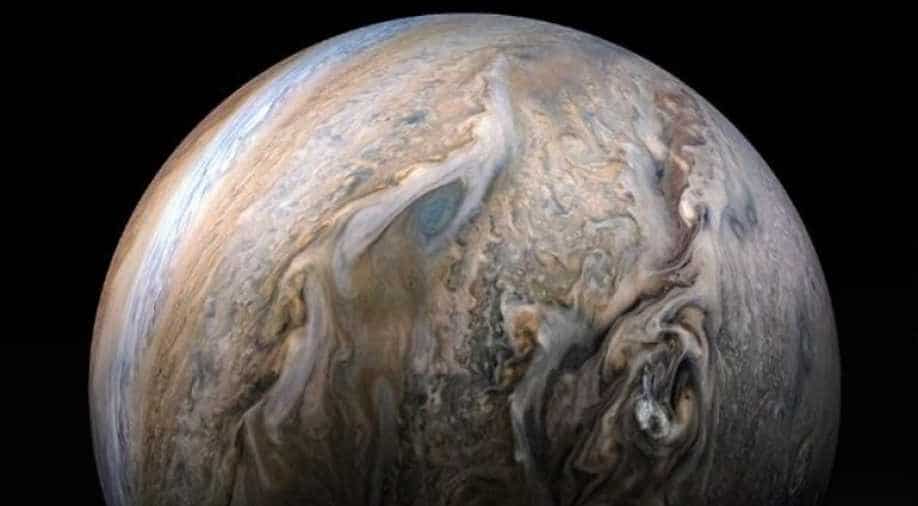 Ultra-wide-view of Jupiter centered on its mid-northern latitudes Photograph:( AFP )

Since 2016, the Juno spacecraft has circled Jupiter, scanning the atmosphere and mapping its magnetic and gravitational fields.

NASA is taking the help of citizen scientists to unveil a side of Jupiter that's never been seen before.

The agency is tapping the potential of amateur astronomers for assistance with its ongoing Juno mission.

Since 2016, the Juno spacecraft has circled Jupiter, scanning the atmosphere and mapping its magnetic and gravitational fields.

Also read: NASA to explore Venus, moons of Jupiter and Neptune next

It's also carrying JunoCam, a camera specifically designed to record images of the poles and the areas of the gas giant which have not been documented properly before.

According to Candice Hansen-Koharcheck, co-investigator responsible for JunoCam, "we do not have a formal imaging science team on Juno, so we have turned to the public to help us out". 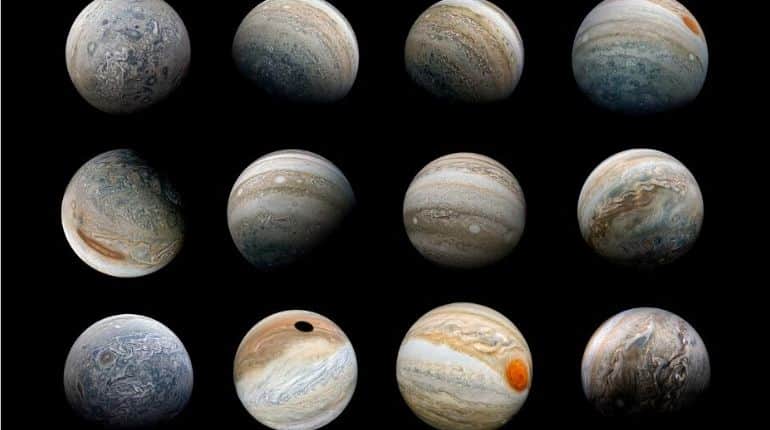 In photo: A collage of the ultra-wide-view of Jupiter
(Image courtesy: NASA)
The amateur astronomy community assists with planning, she explains, determining when JunoCam should photograph the planet and where.
Once images are sent back to Earth, the public has access to raw data, which, with a little photo editing know-how, have been processed into some of the most stunning images yet seen of Jupiter.
"I don't know what we would do without them!" says Hansen-Koharcheck. "Over the past two years we have come to rely on them ... as important members of our virtual team."
Most the submitters create JunoCam images for the love of science.
Designed to withstand at least seven orbits, JunoCam is still operational after 26 trips around Jupiter, with the promise of more photography to come. The mission has already been extended once and the team behind it is exploring extending it further, says Hansen-Koharcheck.