The mourners were seen crying, beating their chests and carried portraits of Qasem Soleimani

Thousands of mourners dressed in black paid respect to former general Qasem Soleimani after his body reached the Iranian city of Ahvaz on Sunday.

Like yesterday, mourners once again chanted "Death to America" at a mass gathering in the country's southwestern city. The last remains reached Iran after thousands bid adieu to the much-revered commander in the Iraqi cities of Baghdad and Najaf.

A video clip by official IRIB agency showed that the coffin was wrapped in an Iranian flag and a military band started playing as soon as the coffin unloaded from the plane. 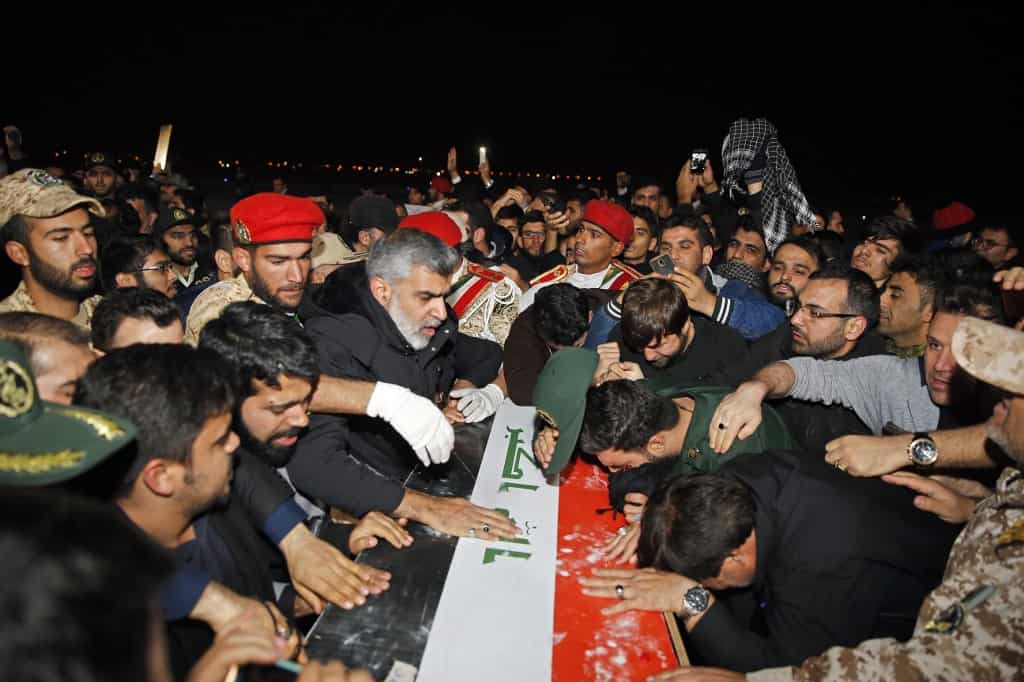 The mourners were seen crying, beating their chests and carried portraits of the commander who was the chief of Iran's Revolutionary Guards' Quds Force. 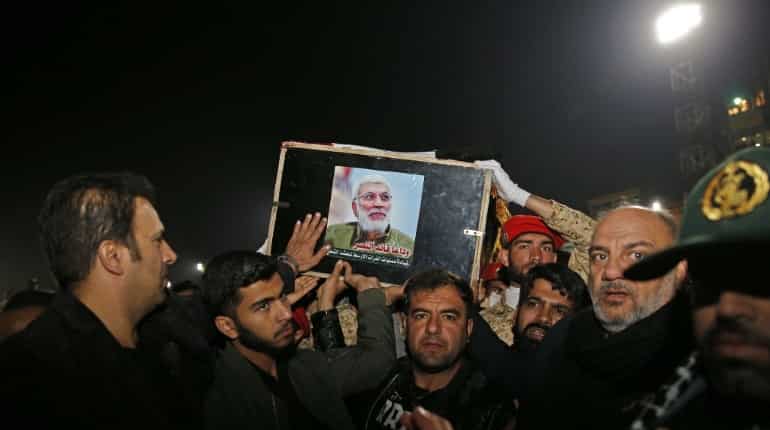 Men and women gathered in Mollavi Square with flags in green, white and red, which depicted the blood of "martyrs". 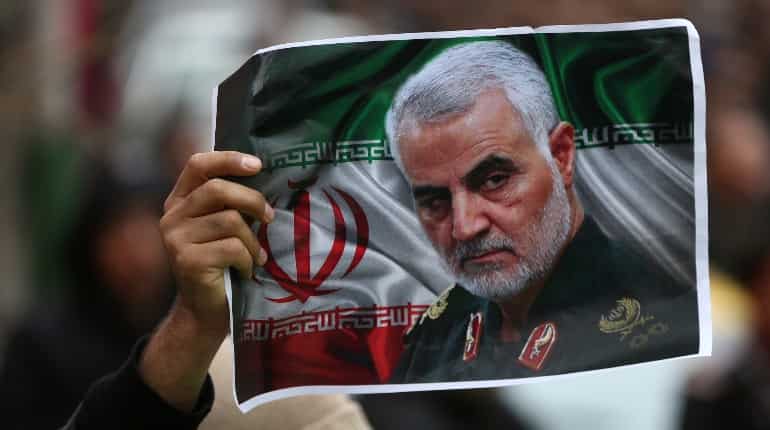 Also read: Iran will punish Americans wherever they are within its reach: Guards commander

The 62-year old general was killed in a US drone strike near Baghdad international airport on Friday. Iraq's paramilitary chief Abu Mahdi al-Muhandis was also killed in the strike.

After Soleimani's killing, ties between Washington and Tehran got even more strained and raised concerns of a new war in the Middle East.

Earlier today, US President Donald Trump, in a tweet, said that the US would target Iran's 52 sites if they killed any American.

On Sunday evening, it is expected that the last remains will be flown to the Iranian capital Tehran before the funeral in Soleimani's hometown Kerman on Tuesday.