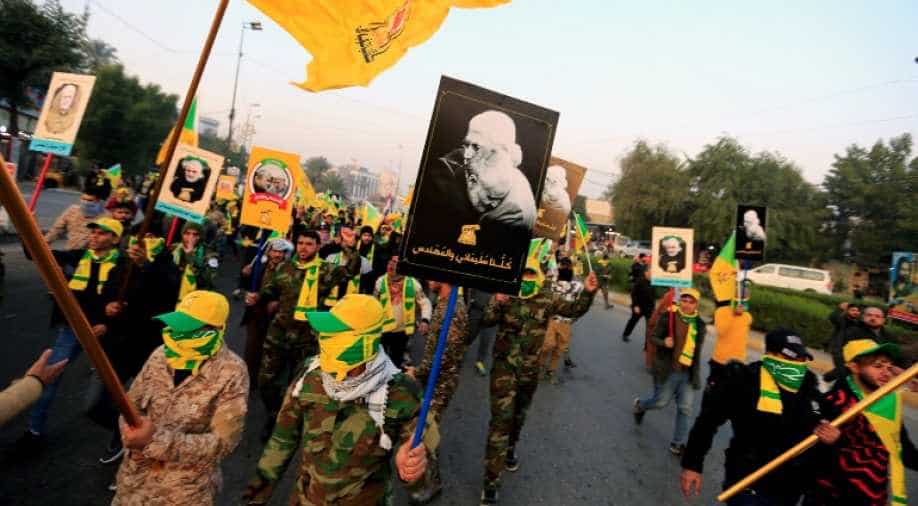 Kataib Hezbollah Iraqi militia gather ahead of the funeral of the Iraqi militia commander Abu Mahdi al-Muhandis, who was killed in an air strike at Baghdad airport, in Baghdad, Iraq Photograph:(Reuters)
Follow Us

Soleimani, the leader of Quds Force of Iran's Revolutionary Guards', was a much-revered figure in the region.

Sentiments of sadness, revenge were seen on the streets of the Iraqi capital Baghdad as they bid adieu to Iranian commander Qasem Soleimani who was killed on Friday in US drone attack.

Soleimani, the leader of Quds Force of Iran's Revolutionary Guards', was a much-revered figure in the region. He was killed yesterday along with nine others in a pre-dawn attack on Baghdad international airport, including Iraqi paramilitary chief Abu Mahdi al-Muhandis. 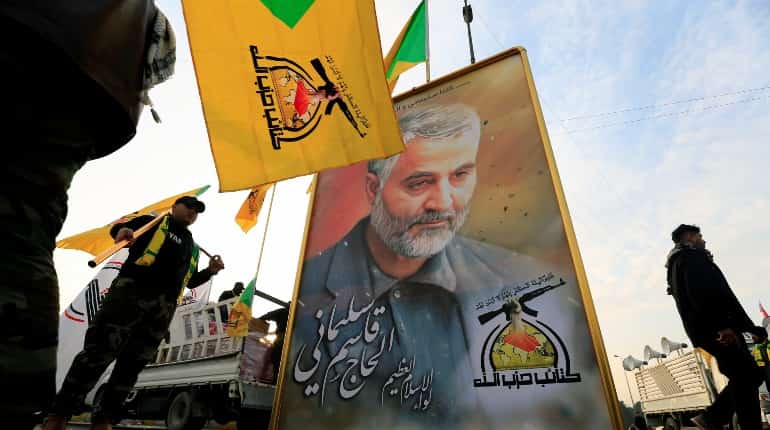 The coffins were first brought to Shiite shrine in northern Baghdad. The mourners chanted "Death to America!" and called for "revenge".

The mourners were dressed in black clothes and carried portraits of Iranian and Iraqi leaders. 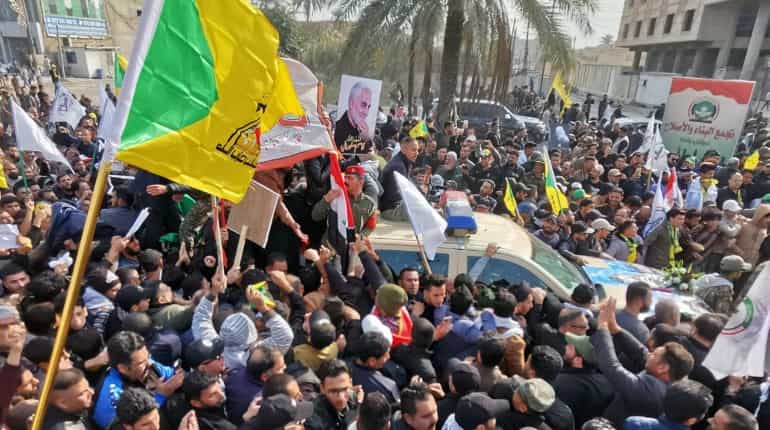 The crowd went near the Green Zone, the high-security district which includes government offices and foreign embassies, including America's.

The remains will be taken to Shiite holy city of Najaf before reaching Iran, which has declared three days of mourning.

Earlier most of the countries asked all parties to act with restraint even though, the drone strike was praised by US-ally Israel.

"This is a moment in which leaders must exercise maximum restraint. The world cannot afford another war in the Gulf," UN chief said.

The Iraqi prime minister also said that US action would "spark a devastating war".

However, Iran's supreme leader Ayatollah Ali Khamenei threatened "severe revenge" for the US-action, and vowed that "God willing, his work and his path will not be stopped".

The US, on the other hand, is approaching allies of Middle East and elsewhere to gather support. US Secretary of State Mike Pompeo, said that he Europeans were not as "helpful" as they could be after the drone strike.