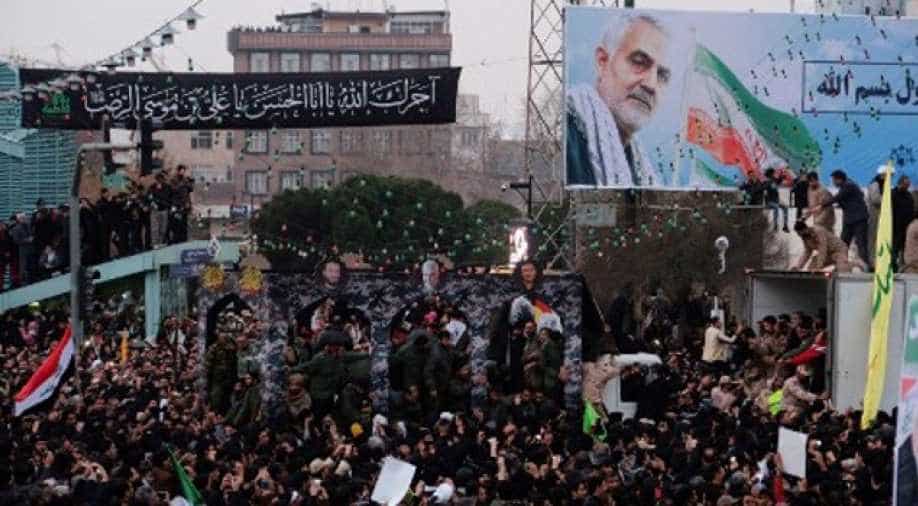 Thousands of people gathered at Tehran University with people holding portraits of the slain Iranian general.

Iran's military commander Qasem Soleimani who was killed in a US drone attack on Friday was brought to Tehran early on Monday morning as mourners packed the streets.

Thousands of people gathered at  Tehran University with people holding portraits of the slain Iranian general. Soleimani will be buried at his hometown Kerman on Tuesday.

Also Read: Should Iran strike, US will quickly strike back, says Trump

Iran on Sunday named Esmail Ghaani as the new chief of Iran's Quds force. Ghaani promised to continue on "Soleimani's path". "The only compensation for us would be to remove America from the region," Ghaani told Iran's state radio.

Iran also said it would abandon limitations on enriching uranium, a deal which was put in place by the previous US administration led by former President Barack Obama. Iran said it would continue to enrich Uranium "based on its technical needs".

Meanwhile, US President threatened Iran with strikes asserting that should Iran strike any US person or target, the United States will quickly and fully strike back and perhaps in a "disproportionate manner".

Trump also threatened to impose sanctions on Iraq, if US troops were forced to withdraw from the country after the Iraqi parliament on Sunday passed a motion calling for the expulsion of US troops.

Oil prices continued to surge on Monday shooting up over 2 per cent in the aftermath of the US drone strike which killed Soleimani.